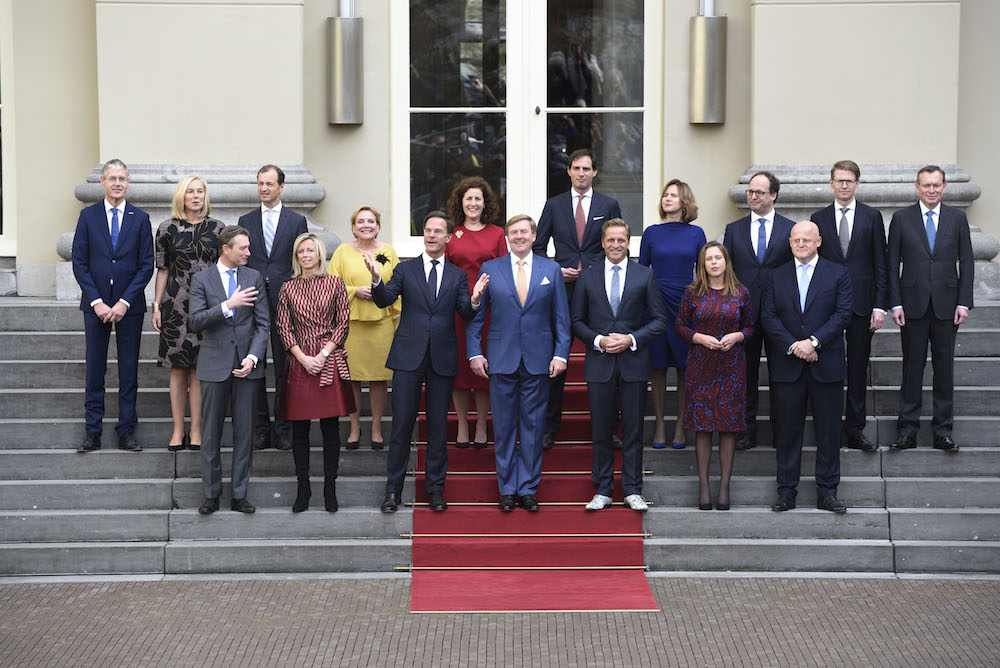 The ‘yellow vest’ protest movement may have failed to take off in the Netherlands so far, but the Dutch government does face a number of challenges in 2019 – not least of all two important elections.

Support for the four coalition parties is down sharply on March 2017, when the current government was elected, and the cabinet is unlikely to have a majority in the upper house of parliament after this year’s provincial and senate votes.

This, commentators say, make it all the more important that the government start delivering tangible results in 2019.

‘Up to now, the lack of results can be explained by the need to gather widespread support … but that excuse becomes less actual, the longer the cabinet has been in office,’ wrote Trouw in an editorial on Monday. ‘There is no time to lose for this cabinet.’

NOS political correspondent Ron Frensen says that 2019 is the year in which the cabinet must make real progress and tackle issues such as climate change and bogus self-employment which have provided ministers with headaches this year.

‘This is an election year in which citizens must finally benefit from economic growth,’ wrote Elsevier in its last issue of the year. ‘But while the energy transition still has to begin, the coalition is already worried about rising energy bills. Will ministers opt for Paris or the middle class?’

The main issues on the political agenda in 2019

Coping with the shortage of skilled workers: The Dutch unemployment rate has fallen below 4% and some sectors of the economy are suffering from a serious shortage of staff.

The construction sector in particular has been hard hit – threatening plans to build tens of thousands of new homes. Several primary schools have introduced a four-day week because of the shortage of teachers.

Experts believe that the Dutch pension system – a combination of a state pension (AOW) and corporate pension schemes – needs to be reformed because the aging population is putting more pressure on the current pension system and pension funds are having to pay out to more people for longer.

Stamping out fake self-employment: The cabinet was not successful in efforts to stamp out bogus self-employment in 2018 – a strategy often used by companies to employ people on freelance contracts without holiday and pension rights. New proposals are on the cards in 2019.

Plans to introduce a system whereby freelancer contracts which include a low hourly rate are automatically turned into a regular contracts – if they run for more than three months – have fallen foul of EU legislation.

Boosting the financial security of freelancers: As yet there is no agreement on whether freelancers should be required by law to contribute to a pension scheme or disability insurance scheme. The government has commissioned research on the pros and cons in 2019.

Tackling climate change and reducing the use of natural gas: the five working parties coming up with proposals to reduce carbon dioxide emissions in the Netherlands finally published their plans on December 21. The plans were immediately slammed by critics for giving industry and easy ride and making tax payers pick up the bill.

Even economic affairs minister Eric Wiebes, who is in charge of the process, has said the agreement is ‘not definitive’ but an ‘important first step’. In particular, the decision to phase out the use of natural gas in private homes has come under fire at a time when the Netherlands’ neighbouring countries are upping their use of gas.

European and provincial elections: Elections for the 12 provincial governments take place on March 20 – provincial councillors will then elect the senate on May 27 and it is very unclear whether or not the government will be able to cling on to its majority. In particular, right wing newcomer Forum voor Democracie, is likely to win seats from the established parties.

The European elections take place on May 23. The Netherlands currently has 26 seats but this will go up to 29 in May. The total number of seats in the European parliament will be cut from 751 to 701 after the election, because of Britain’s withdrawal from the EU.