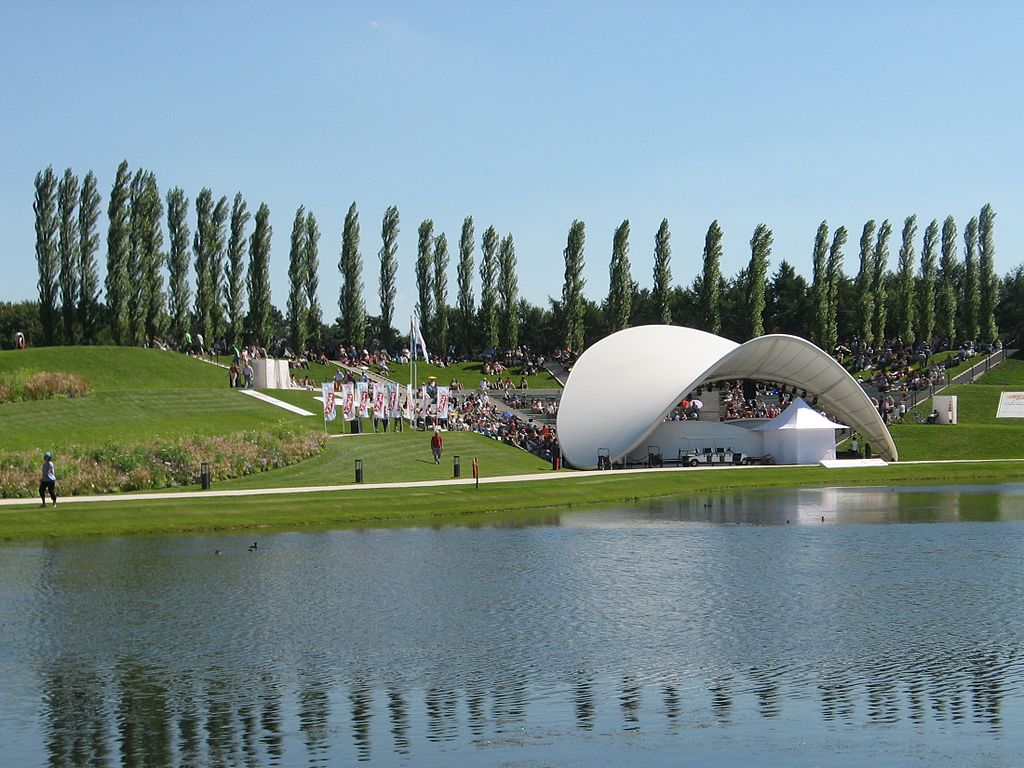 The Floriade theatre in Venlo in 2012. Photo: Jiver via Wikimedia Commons

The final bill for organising the Floriade – the garden show which takes place in a different part of the Netherlands every 10 years – is likely to be almost triple the original budget, the Financieele Dagblad said on Wednesday.

The next Floriade will take place in Almere in 2022, but the cost is now set to hit €28m, compared with the original budget of €10m. It could be as high as €35m, according to one council committee.

Almere’s town council is due to discuss the mounting costs of staging the event on Thursday evening, but has already decided to accept the new financial setback, the paper said.

The higher bill is partly due to Almere’s plan to expand the concept into a ‘world garden show’, combined with the development of a new ‘green’ city district with 660 homes.

The cost of making the land ready for building, bills from external advisors and extra input from the city’s civil service are behind the higher bill, the FD said.

The Floriade in Venlo, Limburg in 2012 was also a financial flop and failed to boost tourist numbers.

Local entrepreneurs had expected a surge in visitors but the number of tourists to the region only reached 2.5 million, 100,000 down on the previous year. Local councils were left with a €9m bill for running the show.