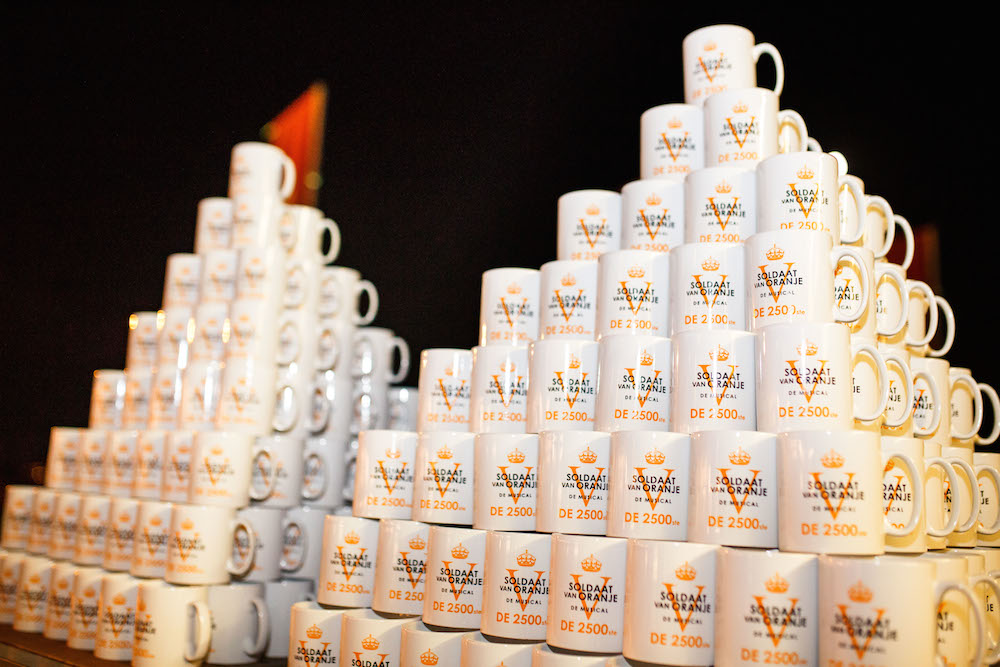 The musical is based on the true story of resistance hero Erik Hazelhoff Roelfzema, who was a student at Leiden University when the Nazis occupied the Netherlands. He went underground and fled to England, where he carried out numerous missions in the service of the Dutch monarchy in exile.

The musical plays in a rotating 1,100 seat auditorium in a converted aircraft hanger on a Dutch military base. The scenes include a seascape, complete with water, and an aircraft which taxis to a stop.

So far, more than 2.7 million people have seen the show, which premiered in October 2010. Everyone at Thursday night’s performance was given a commemoration mug.

Roelfzema’s story was ealier made into a 1977 feature film starring actor Rutger Hauer. Soldaat van Oranje, directed by Paul Verhoeven, is considered to be one of the best Dutch films ever. Roelfzema died in 2007 at the age of 90.

The show is scheduled to run until at least January 2019.