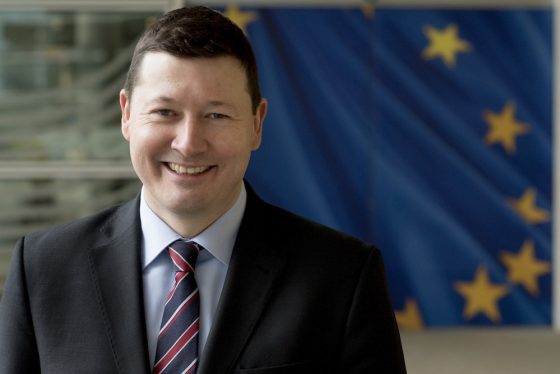 Dutch MEPs have welcomed the decision to hold an inquiry into the way controversial civil servant Martin Selmayr was appointed to the top job in Brussels without debate or alternative candidates.

Sophie in ‘t Veld, who had called earlier for an investigation, said the speech by European commissioner Günther Oettinger defending the appointment was ‘plain stupid’.

Oettinger told the European parliament during the debate that the appointment – which included two promotions within the space of nine minutes – took place within the rules.

‘At that point you heard a wave of disbelief move through the room,’ In ‘t Veld said. ‘The commission just has not heard the political signals.’

‘This is nepotism of the highest order,’ ChristenUnie MEP Peter van Daalen said after the debate.

The investigation, which had the unanimous backing of parliament, will also include claims that Selmayr’s appointment was linked to improved perks for former commissioners and forged minutes – both claims Oettinger denied.

Speech by @GOettingerEU on #Selmayrgate of the kind that usually elicits the advice “when in a hole, the first thing to do is: stop digging”. Praising the Emperor’s new clothes at this stage is plain stupid