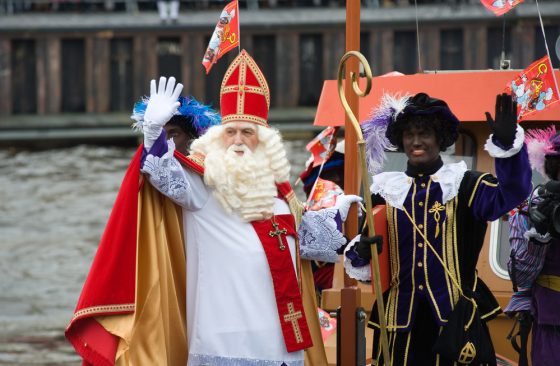 The public prosecution department had confirmed to the Telegraaf it is investigating a possible death threat made against Sinterklaas.

The threat is said to have come from a group calling itself De Grauwe Eeuw (the grey century) which campaigns against what it calls racist and colonial symbolism. The group was mentioned in a recent report by the counter terrorism unit NCTB, the paper said.

The paper said that group leader Michael van Z put a message on Facebook in October saying that ‘nothing remains other than to put a price on the head of the Sinterklaas’ and that the task would pay double if ‘all the children and witnesses are covered with brain and bone fragments.’

By making sure Sinterklaas was really dead, public broadcaster NPO would not be able to come up with a new story line and ‘we would be rid of that party for ever and the irritating Flodder actor who plays Sinterklaas’, the post said,

The message was removed the same day but had been spotted by Utrecht alderman Kees Diepeveen. He immediately removed the group from a council working party looking at changing street names with colonial links.

The Telegraaf does not say if he involved the authorities or how long the investigation has been under way.