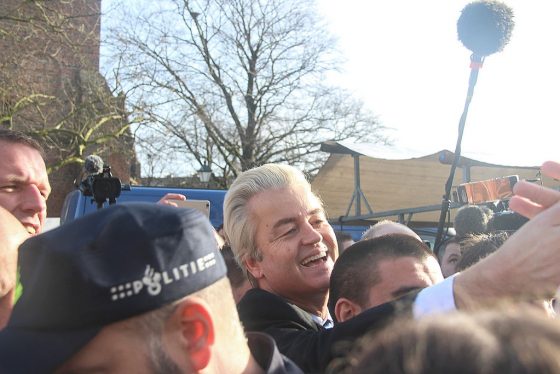 The public prosecution department said on Thursday that it will not proceed with a complaint made by anti-Islam campaigner Geert Wilders that prime minister Mark Rutte is discriminating against ‘ordinary Dutchmen’.

‘There is no question of an offence being committed,’ the department said in a short statement on Twitter.

In addition, the department said, it is not allowed by law to take action against ministers and only parliament or the king would be able to order the high court to take such a step.

In a reaction, Wilders said the department was being cowardly and he will consider an appeal.

Accommodation facilities for asylum seekers, free healthcare for refugees with no income and the abolition of dividend tax to attract overseas investors are all examples of legislation where the government discriminates in favour of foreigners, according to the PVV leader.

Most of the complaints on the PVV website Rutte3discrimineert.nl focus on asylum seekers.

Wilders has been prosecuted twice under discrimination laws in the last seven years. In 2011 he was cleared of insulting Muslims and inciting hatred and discrimination in a series of public statements and his documentary film, Fitna.