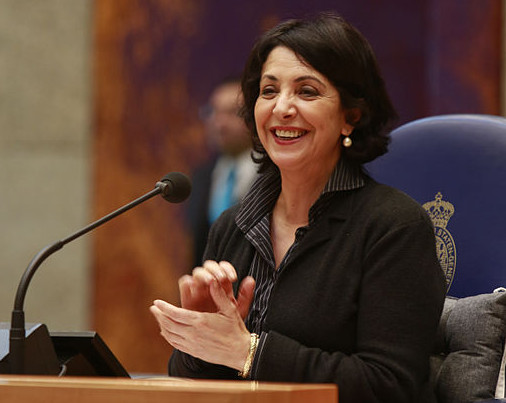 Turkish newspaper Sabah has accused five members of the Dutch parliament of ‘betrayal’ after they voted to recognise the Armenian genocide of 1915.

The five MPs – Dilan Yesilgöz of the VVD party, Socialist MPs Cem Lacin and Saadet Karabulut and GreenLeft members Zinhi Özdil en Nevin Özütok – are all of Turkish descent. They were subjected to a blizzard of abuse on social media after the newspaper, which supports the Turkish government, branded them ‘traitors to the mother country’ and called the vote ‘scandalous’.

Parliamentary chairwoman Khadija Arib denounced the newspaper’s intervention. ‘Threats or inciting threats in response to people expressing their opinion is unacceptable,’ she told Nieuwsuur. ‘This has no place in a democracy and in a free and open society such as ours.’

Tunahan Kuzu, for the Denk party, told Turkish television that the vote was ‘a stunt to win support in the run-up towards the municipal elections’. Kuzu, whose party is popular with the Netherlands’ Turkish minority, added that ‘recognising something like this is unacceptable to us, and Turkish Dutch candidates need to make clear where they stand.’

Although Parliament voted to recognise the deaths of 1.5 million Armenians at the hands of the Ottoman Empire and the Republic of Turkey as an act of genocide, foreign minister Sigrid Kaag said the government would continue to refer to it in more moderate terms as ‘the issue of the Armenian genocide’.

However, the Netherlands will send a representative this year for the first time to the official commemoration of the genocide in Armenia in April.

The vote was the outcome of a long-running campaign by Christian Union MP Joël Voordewind.