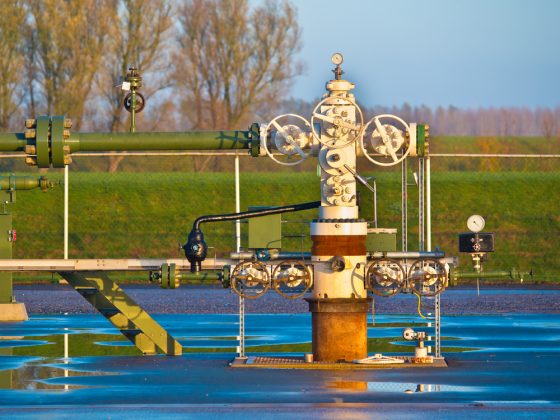 The extraction of natural gas from under Groningen province should to be massively scaled back to reduce the risk of more earthquakes, the state mining inspectorate said on Thursday.

In addition, the inspectors say no more gas may be pumped from the fields around Loppersum, which was hit last month by an earthquake which registered 3.4 on the Richter scale.

This was the second-strongest earthquake recorded in Groningen and the biggest in five years, prompting a flurry of activity by politicians and protestors.

‘The uncertainties in this assessment are large,’ mines general inspector Theodor Kockelkoren said in a statement.  ‘We therefore choose to be on the conservative side. After all, it concerns the safety of the inhabitants of Groningen.’

Kockelkoren said he expected more problems to emerge. ‘I therefore expect that gas production will need to be reduced further in the future, if necessary to zero,’ he said.

On Wednesday, Wiebes published the long-awaited new protocol to decide who should assess and pay for the quake-related damage.

Gas production company NAM will no longer have a role in assessing damages and an independent committee will be set up to process claims.

Claims submitted before March 2017 will be settled by July this year while the 8,000 claims which have come in since then will be dealt with by the new committee, Wiebes said.

Shell and Esso jointly set up NAM in 1947 and it produced gas from smaller fields until the vast Groningen field was discovered in 1959. The Groningen field is one of the world’s largest gas fields (an estimated 2,800 billion cubic metres).

Thousands of homes have been damaged by earthquakes in the past few years and the damages bill runs into several billion euros.