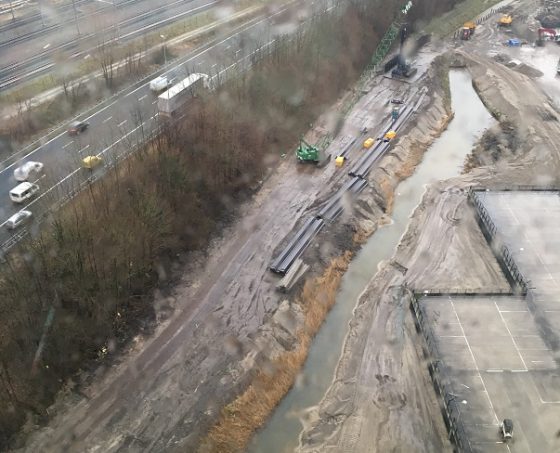 A delegation of MEPs and Italian journalists were in Amsterdam on Thursday to check out progress on the future European Medicines Agency offices.

The Netherlands won the right to host the agency when it leaves London after Brexit next year in a close run competition with Milan, eventually settled by drawing lots.

But Italian MPs, buoyed by the pending Italian national elections, have been quick to make political capital out of the fact that the Dutch office for the EMA won’t be completed until November next year and that the organisation will first have to move to temporary accommodation.

Dutch officials, including health minister Hugo De Jonge, were on hand to brief the visitors and answer questions. ‘The Netherlands pulled out all the stops to show that the Italian MEPs’ concerns were being treated seriously,’ the Financieele Dagblad said.

The European parliament will vote on the issue in the middle of March in what is seen as a formality, although Italian MEPs are now campaigning for a no vote.

‘Is the Netherlands worried that it could still lose the EMA to Italy? “Not really”, was the not very convincing reply of deputy prime minister Hugo de Jonge at the end of the afternoon,’ the FD said.

Italy has also taken the issue to the European Court of Justice, accusing the Netherlands of cheating by not making it clear that the agency would have to move twice.