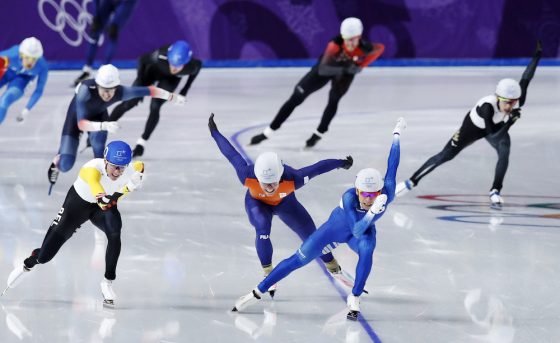 The Dutch Winter Olympic campaign ended this weekend with both Irene Schouten and Koen Verweij picking up bronze in the mass start race.

In total, the Dutch finished the competition in fifth place with 20 medals – eight gold, six silver and six bronze – five above the target and four fewer than at the Sochi games.

Watch the NOS summary of all eight Dutch golden moments

Esmee Visser, surprise winner of the 5,000 gold medal, found herself back in the spotlight on Saturday when she was seated next to Ivanka Trump, daughter of the US president, to watch the mass start final.

‘She didn’t really understand what was going on, so I explained it to her a bit,’ said Visser, who was earlier congratulated on her win by king Willem-Alexander, Roger Federer and Usain Bolt, broadcaster NOS reported.