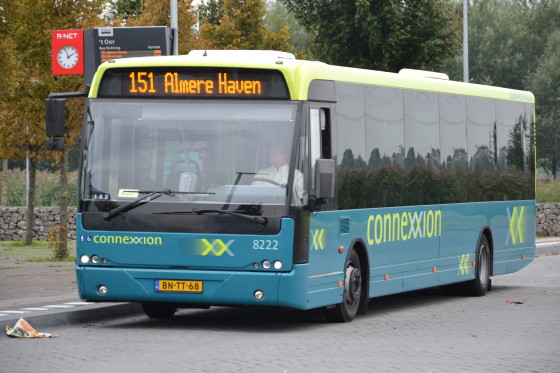 A 24-hour strike by regional bus and train drivers in support of more pay and better working conditions will go ahead on Thursday, unions said on Wednesday.

The unions said an invitation by the transport employers to resume talks was insufficient to prevent the strike and an ultimatum expired at noon on Wednesday.

The strike will affect regional bus and train services operated by Arriva, Connexxion, EBS, Qbuzz, Hermes and Keolis and will cause widespread disruption to commuters.

In addition, tram services in Utrecht will be affected, but not in Amsterdam and Rotterdam, the FNV said.

If employers do not give in to demands further strikes will follow due to the ‘continual stress’ suffered by drivers, the FNV said.

Talks on a new pay and conditions agreement to cover the sector’s 12,000 workers broke down in November. In particular, the unions want a 3.5% pay rise and measures to reduce the pressure of work.

For example, the unions claim that drivers are no longer allowed a pause to visit the toilet while on shift and have to deduct the time from their lunch breaks. They also claim the on-board computers which monitor journeys put the drivers under additional stress.