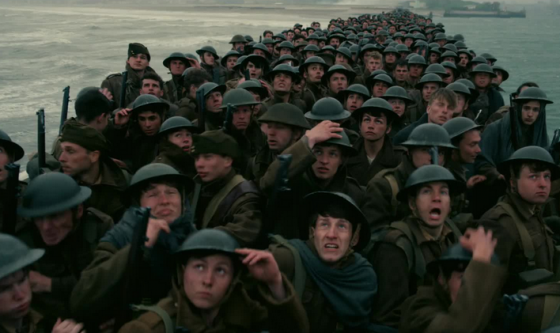 A still from the film

Dutch camera man Hoyte van Hoytema has been nominated for an Oscar for his work on the feature film Dunkirk. According to RTL Nieuws Van Hoytema is the first Dutchman to be nominated for the cinematography Oscar.

Van Hoytema, who previously worked on The Fighter, Interstellar and Spectre, spent some of the time filming Dunkirk in the IJsselmeer, near the Dutch fishing village of Urk.

The film, with Kenneth Branagh, Mark Rylance, Tom Hardy and Cilian Murphy in the lead roles, tells the story of the evacuation of hundreds of thousands of British and French soldiers from the beaches of Dunkirk during World War II. In total, Dunkirk has eight Oscar nominations.

Dutch make-up artist Arjen Tuiten has also been nominated for an Oscar for his work on Wonder, a film starring Julia Roberts about a boy with a rare facial deformity.

The Shape of Water has most nominations for the 2018 Oscars, which will be presented on March 4. The full list