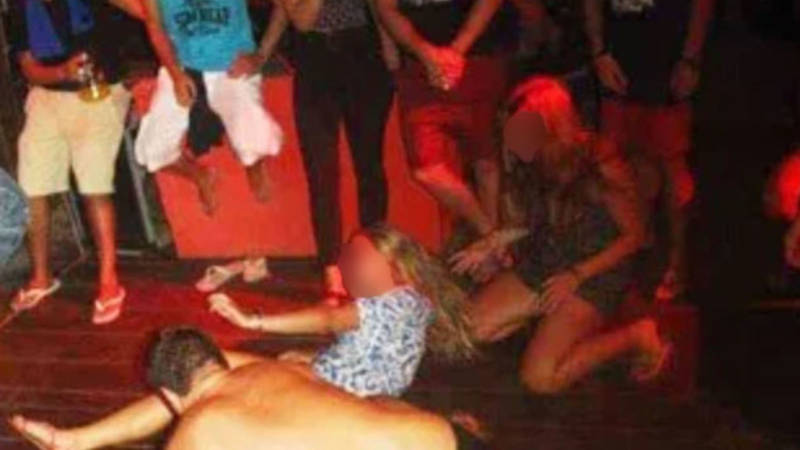 A 22-year-old Dutchman is among 10 foreign nationals arrested in Cambodia for engaging in what police called ‘pornographic dancing’.

Police broke up a house party in the tourist resort of Siem Reap, near the historic temple complex at Angkor Wat, attended by around 90 people. Most have been released but eight men and two women were detained, including five Britons, two Canadians, a Norwegian, a New Zealander and a Dutch national.

Those who were arrested were told they could receive jail sentences if found guilty. Cambodian law allows them to be held for up to six months before they stand trial. The Dutch foreign ministry said it was investigating the incident.