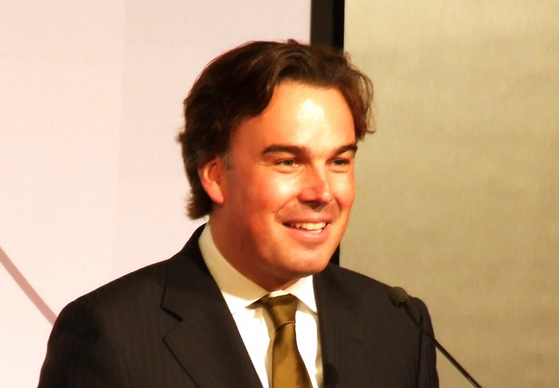 Camiel Eurlings, the Dutch representative on the International Olympic Committee is under pressure to stand down following what critics say was a late and inadequate apology over an incident of domestic violence.

Eurlings, a former transport minister for the Christian Democrats, left politics in 2010 to join KLM and was appointed CEO of the Dutch operation in 2013. He resigned a year later for reasons which have never been fully explained.

Now Eurlings, who has been the Dutch IOC rep since 2013, is at the centre of a media storm over an incident in mid 2015, in which he is said to have beaten up his girlfriend. She made a formal police complaint about the attack in December that year.

Last March, Eurlings reached an out of court settlement with the public prosecution department without admittance of guilt but the issue has refused to go away. Dutch papers claimed that his girlfriend was left with a broken elbow, light concussion and bruising – and at one point he threatened legal action against the woman for slander.

Now he has gone public about the incident. In the statement, headlined ‘public apology’ Eurlings says that there was an ‘altercation’ between him and his ex girlfriend.

‘The IOC has seen the file and deemed it a private matter,’ he said. ‘The ethical committee has reaffirmed this… nor did the settlement prevent me from obtaining a certificate of good behaviour (VOG).’

He also told the NRC newspaper that he had not had a community service sentence but had done a couple of days community work and that he did not have a criminal record.

However, legal experts told the Volkskrant that Eurlings will have had a 40 hour community service sentence and that he will have, in effect, a police record resulting from the settlement.

The Dutch sports federation NOC*NSF has also described Eurlings’ statement as ‘a step in the right direction‘.

His critics, however, say the apology has come too late and that Eurlings should stand down. Belgian journalist Hans Vandeweghe, who has good contacts within the IOC, says officials would rather he left.

‘They are not used to getting rid of people,’ he told an NOS debate. ‘They would rather he went of his own accord but he is not getting the message.’

In addition, Chiel Warners, who heads the NOC*NSF’s athletics committee, told the NRC more is needed than an apology.

‘The Eurlings issue has not done sport any good. I am curious about how Camiel himself looks at the issue,’ he said. ‘How does he think he can win back trust?’