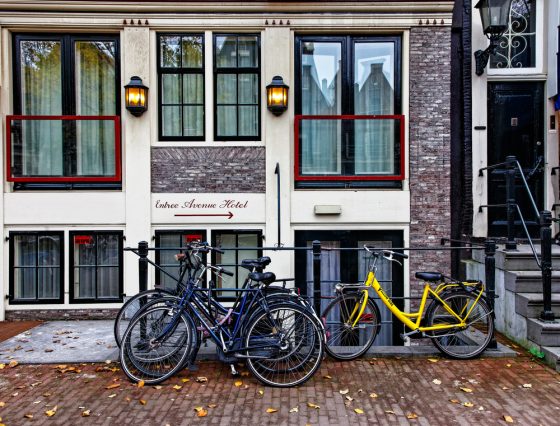 The Dutch capital’s decision to ban new hotel construction in much of the city is making investors rich, with the top 10 hotel sales in 2017 totalling €1.3bn, according to the Parool.

Hotel broker Colliers says the average sale price per room was 150% higher last year than in 2016. In October, the brand-new, five-star  W Hotel above an Albert Heijn supermarket on the Spuistraat was sold for €260m, representing a book profit of €125m. This works out to more than €1m a room.

Just before the year-end, the NH Barbizon Palace on the Prins Hendrikkade was bought by a German investor for €155.5m, a book profit of €55m for its Spanish owner NH Hotels, which will continue to manage the hotel.

Even the prices for hotels not yet in operation are soaring.  The new 490-room €30.5m Leonardo hotel in the former industrial area Overamstel was sold for a reported €77.4m before construction even began.

Dirk Bakker of Colliers attributes the extreme prices to the ban on new hotel construction in most parts of Amsterdam.

Investors believe that the number of visitors to Amsterdam will grow faster than new hotel rooms can be delivered. As a result, room prices will continue to rise, he told the paper.

‘Some 7,000 hotel rooms will be added in Amsterdam up to 2020,’ said Jan Steinebach, hotels director at property consultancy CBRE. ‘But the number of visitors will increase much faster.  And because room occupancy rates cannot be higher, room prices will rise very quickly,’ he said.

Despite the inroads made by Airbnb and the objections of local residents against the ever-increasing flood of tourists in the Dutch capital, Amsterdam hotels headed for record profits in 2017.

The popularity of Amsterdam among tourists and business people, particularly those headed for international congresses, continues unabated, the Financieele Dagblad reported in November.

The average per-night price of a hotel room has shot up to €140 from €131 as the occupancy rate hovers around 83.7%, the highest level since 2000, the paper said, quoting figures from Colliers.