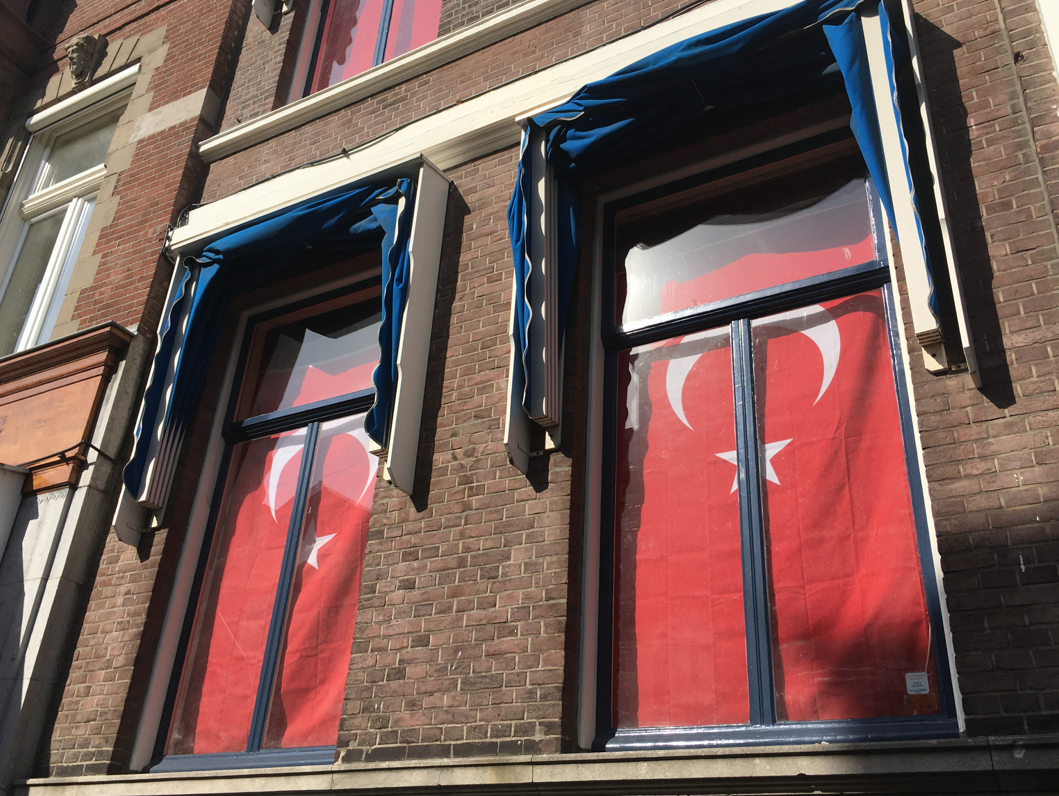 Turkish flags hanging inside a building in The Hague. Photo: DutchNews.nl

Turkish president Recep Tayyip Erdogan has told newspaper Hürriyet that he has no problem with the Netherlands, Belgium and Germany.

The president was talking to journalists are on a flight back from Chad after a short visit to Africa.

‘I always say this: We are obliged to lessen the number of foes and increase the number of friends. We have no problems with Germany, the Netherlands or Belgium,’ Erdogan said. ‘To the contrary, those who are in the governments of these countries are my old friends.

Relations between the Netherlands and Turkey have been strained since early this year when two Turkish ministers who wanted to come to the Netherlands to campaign for a controversial new law giving greater powers to Erdogan were refused entry. One was escorted out of the country and the other’s plane was not allowed to land.

However, Erdogan told Hürriyet that Dutch prime minister Mark Rutte had ‘given a number of signs about improving the relationship with us.’

‘These are satisfactory. We, of course, hope to have good ties with the EU and EU countries,’ Erdogan said.

Rutte told the Telegraaf last week he wanted a better relationship with Turkey and foreign minister Halbe Zijlstra has had talks with his Turkish counterpart on the fringes of a Nato meeting.