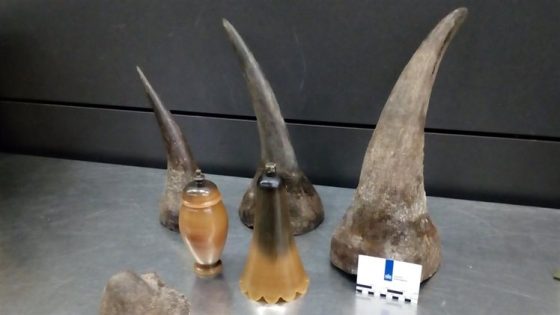 Officials at Amsterdam’s Schiphol airport have discovered five rhino horns and four other items thought to be made of rhino horn in the luggage of a Chinese transfer passenger.

The man, a 30-year old Chinese national was traveling from South Africa to Shanghai. He has been arrested and remanded in custody for two weeks.

Some 80% of the world’s remaining rhinos live in South Africa and poaching is a serious problem. Last year, over 1,000 rhinos were killed for their horns which are said to have medicinal powers.