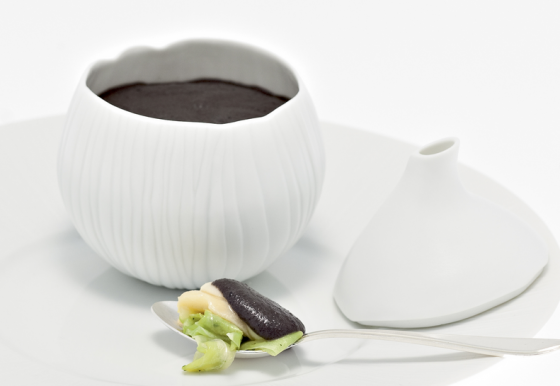 Restaurant Inter Scaldes in the Zeeland village of Kruiningen has become the third Dutch restaurant to be awarded a prestigious third Michelin star.

The Michelin guide group announced the new star ratings for the Netherlands in Amsterdam on Monday.

‘We’ve worked for this for a long, long time,’ said Claudia Brevet of the husband and wife team who run the restaurant. ‘It’s been about blood, sweat and tears… but the result is worth it.’

Inter Scaldes won its first Michelin star in 1978 and has had a second since 1984. Jannis Brevet took over the kitchen in 2001.

Michelin international director Michael Ellis praised the Brevet for the ‘way he uses first-class regional products’ and his ‘stunning alliances of taste’.

De Leest in Vaassen and De Librije in Zwolle both held on to their three stars.

There was no increase in the number of two star restaurants in the Netherlands this year but two, including Bord’eau in Amsterdam, lost one of theirs, taking the total down to 16.

Six restaurants won their first star: The Duchess, Le Restaurant and The Whiteroom in Amsterdam, AIRRepublic in Cadzand, Fitzgerald in Rotterdam and Vista in Willemstad.

In total, the Netherlands has 108 restaurants with at least one Michelin star.