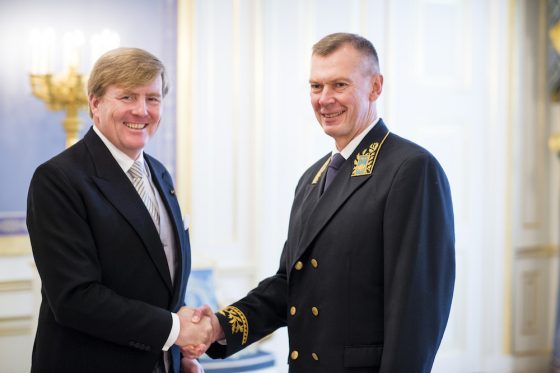 In addition, accusations made by the new Dutch government are worsening relations between the two countries, ambassador Alexander Vasilievich Shulgin said.

In particular, Russia has attempted to influence people’s ideas about the MH17 disaster, she said, referring to a website which was full of false information but had been made to look like an official Dutch operation.

‘Russia is portrayed as a gigantic, pernicious octopus looming over the free world, poised to destroy fragile democracies,’ the ambassador said. ‘There is absolutely no evidence, no proof to confirm these allegations… we are denying any kind of interference, any kind of meddling.’

Asked if the allegations harmed the relationship between the Netherlands and Russia, Shulgin said: ‘The relations between our country and yours are not at their best. And in this context, any unsubstantiated or unchecked allegations are not useful at all. They are just stopping us resuming full fledged cooperation as it used to be.’

Asked what he wanted from Ollongren, the ambassador said he could not make any comment about what she had told parliament because it is not his job to do so.

Ollongren said in a reaction to the ambassador’s comments that she had not expected him to admit Russia was conducting covert operations in the west.

‘But I do think we should be aware that it is happening,’ she said.