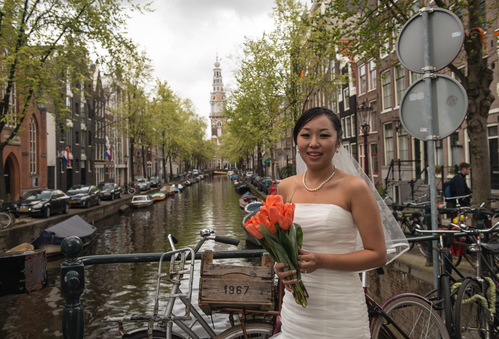 New rules on marriage which come into effect in 2018 are causing confusion and many people are not aware of the changes, according to Dutch notaries – lawyers who specialise in family and property law.

‘Many people think that marrying with shared ownership of property is disappearing and that everyone will be getting married in a standard non-shared asset situation but that is far from the case,’ Nick van Buienen of the Royal Notary Association told news agency ANP.

‘It is important that people realise this fact and get proper information,’ he said. This means people who want to get married in a position of shared ownership, or who want other specifics set down in their marriage contract, need specialist legal advice.

At the moment shared ownership in marriage covers all assets, debts and inheritances brought to the marriage by both partners, as well as those achieved during the relationship.

Shared ownership is standard and couples who want to keep their assets and debts separate must have a contract drawn up by a solicitor.

The change in the marriage regulations brings the Netherlands into line with the international standard for marriage contracts. The change means that in a divorce, assets built up before the marriage remain the property of that partner. Assets accumulate during the marriage will be split between the couple and inheritances will go to the partner whose relative has died.