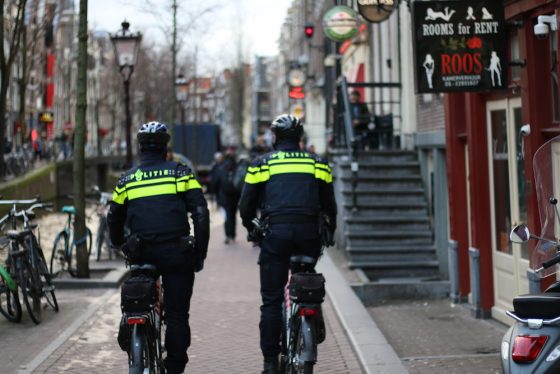 A police cadet from Rotterdam has gone to the Dutch human rights commission to ask for the right to wear a headscarf with her police uniform.

The woman, a new recruit who has not been named, believes she is suffering from religious discrimination in being forbidden from wearing the Muslim head covering.

She is asking for a ruling on her case, but also in the interest of others, according to a police press release on Wednesday.

Police lawyers are arguing that she can wear a headscarf in the office, but when in contact with the public, she must ‘comply with uniform rules’ and – the body argues – the uniform is ‘neutral’.

‘The police code of conduct is clear, the [woman’s] employer believes,’ says the release. ‘Visible expressions of beliefs and opinions are not permitted.’

But the woman’s lawyer claimed that the police are selective in applying this ruling, allowing wedding rings – for instance – which are arguably an indication of lifestyle and belief.

According to NU.nl, the woman in question also believes that allowing headscarves with police uniform will encourage more diversity in the police – something acknowledged by the head of the service as an aim, after evidence of ethnic profiling.

In May, Amsterdam police considered making a headscarf an option with police uniform to attract more people from ethnic minorities. But police chief Erik Akerboom opposed this.

In addition, an Amsterdam police woman who went on patrol wearing a headscarf under her cap later that month was heavily criticised for her action.

A verdict from the human rights commission is expected on 14th November.