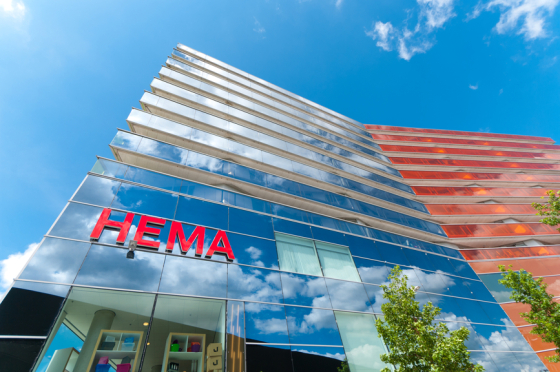 Dutch retailer Hema is going to take ‘his’ and ‘hers’ labelling off children’s clothing and packaging, reports the Volkskrant on Wednesday.

It follows the example of British retailer John Lewis, which removed gender labelling from clothing for girls and boys earlier this month and merged the departments. Hema has put all children’s clothes together in 300 of its 700 stores, according to the paper, and labelling will change from 2018.

Both stores have apparently responded to an international debate around the presentation of clothing for boys and girls.

Clark’s shoes eventually withdrew a school line called ‘Dolly Babe’ – where the male equivalent was named ‘Leader’ – after accusations of sexism and criticism, including from Scotland’s first minister, Nicola Sturgeon.

It is almost beyond belief that in 2017 a major company could think this is in any way acceptable. Shows what we are still up against. https://t.co/3C7Nop8o1E

A year ago Gap Kids provoked anger for a British advert in which a boy was dubbed ‘the little scholar’ and a girl ‘the social butterfly’ – although some observers note it has apparently become more sensitive in its marketing this year, labelling its wider-fitting boys’ size ‘husky’.

Hema’s change of heart is apparently partly due to a 10-year-old who sent it a Facebook message two years ago asking for a better range of underwear than pink hearts forever.

‘We are seeing a growing demand for tougher girlswear,’ Trevor Perren, director of apparel at HEMA, told the Volkskrant. ‘You will still see pink dresses at Hema. But we will add tougher girlswear too.’

Israeli neuroscientist Daphna Joel, who has debunked the idea of a ‘male’ and ‘female’ brain structure, added to the paper that this was ‘a big step towards a world in which our genitals no longer dictate how we must behave.’

John Lewis did get a backlash, with some wags dubbing it ‘Joan Lewis’ – it remains to be seen whether Hema will be nicknamed Haara.