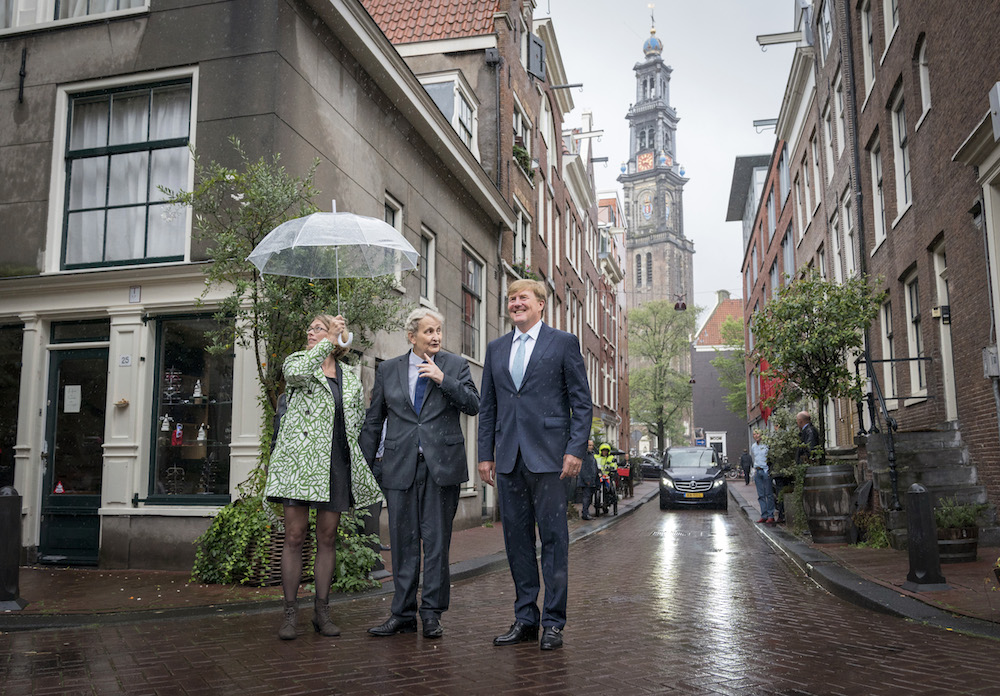 Amsterdam mayor Eberhard van der Laan is stepping down from public duties after doctors told him there is no more they can do to treat his lung cancer.

In a letter addressed to ‘Dear Amsterdammers’, the mayor said he had now officially reported in sick and that his duties would be taken over by deputy mayor Kasja Ollongren.

Van der Laan went public about his lung cancer diagnosis in January, saying the cancer has spread and that there is ‘little reason for optimism’. ‘I will continue to do my job… in a way which is right. I wish to remain your mayor for a little longer,’ he said at the time.

In the new letter, Van der Laan said that ‘little longer’ was now over. ‘I have ‘been your mayor with great pleasure for the past eight months. Your support has helped me enormously,’ he said.

This summer Van der Laan was a guest on the talk show Zomergasten, in which he said he hoped his legacy would be that Amsterdam remained ‘een lieve stad’ – a kind Amsterdam.

In 2013, Van der Laan, a smoker, was treated for prostate cancer. Last year, Van der Laan was renamed for a second, six-year term as Amsterdam mayor.

Prime minister Mark Rutte was quick to praise Van der Laan and his openness. ‘I have told him that the Netherlands is with him and his family,’ the prime minister said on Twitter.