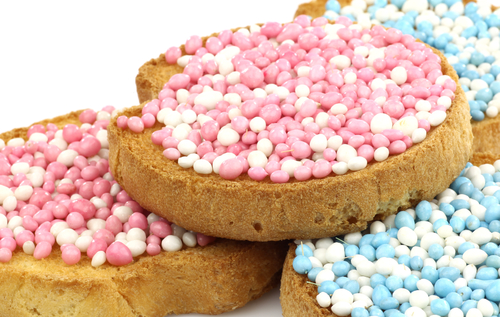 Pink for a girl and blue for a boy. Photo: Depositphotos.com

Fewer children in the Netherlands are born at the weekend than on other days and people are also slightly less likely to die on Saturday and Sunday, the national statistics office CBS said on Monday.

On average, 471 babies are born and 407 people die every day. But the most common birthdays last year were Friday July 8, with 610 live births and Friday September 16 with 599.

There has also been a shift in the seasons. Fifty years ago, more babies were born in the summer months, but that has now shifted to summer and autumn. The change coincides with the introduction of reliable contraceptives which have allowed people to plan when they have children, the CBS said.

People are also now most likely to die on a Friday, with only 7% of deaths taking place on a Sunday.  Here, too, human intervention is likely to play a role.

Complicated medical treatment which can go wrong is more likely to be carried out during the week, CBS analyst Jan Latten told broadcaster NOS.

‘But death is more likely to be the result of a decision,’ he said. ‘I don’t mean euthanasia but the decision to stop treatment.’