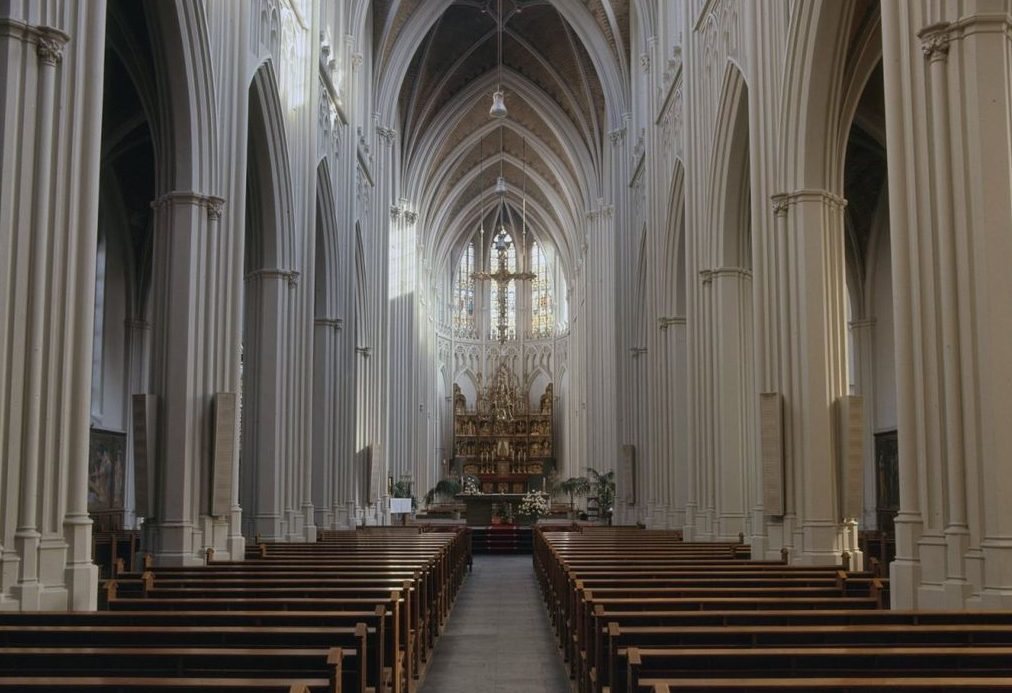 ‘We consider it to be insulting and showing a lack of respect but we do not think that the law has been broken,’ the department told NOS. ‘Blasphemy is not a criminal offence and there is no question here of trespassing.’

Although the church could take out a private prosecution against Holland, warden Harrie de Swart said he considered the case closed. ‘I know the bishop is considering a civil case against the makers but I am advising against it. There has been enough fuss already.’

Kim Holland earlier apologised for the action and said it was down to an independent producer. Her company has also been involved in making sex films at the Walibi amusement park.