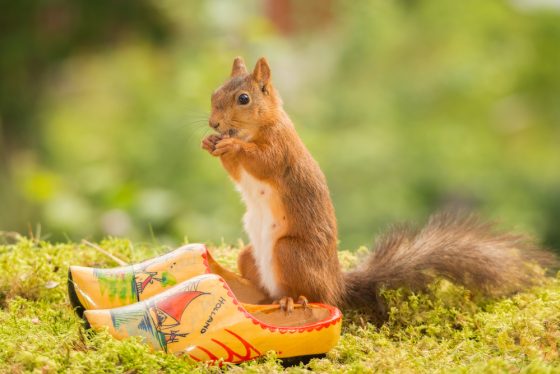 Two bridges built to help squirrels cross a road in Otterlo, Gelderland, have never been used, reports the Gelderlander.

The rope structures were built a year ago to connect the animal populations on two sides of the Arnhemseweg.

But it appears that the €12,000 investment may not have been enough to get the squirrels to cross the road.

The paper asked the municipality of Ede how many squirrels have crossed the road via the bridge, and the answer was zero.

In March 2016, cameras on one of the newly-built bridges clearly showed an animal, but the Gelderlander suggests that it was collecting peanuts scattered there.

‘Once a squirrel walked two metres across the bridge, but then it turned around again,’ it quotes a municipal spokesman as saying. ‘Animals sometimes take a long time to discover new places or pathways.’

The spokesperson said that its ecologist believes it is enough that one squirrel a year crosses the bridge and mingles with the population on the other side.