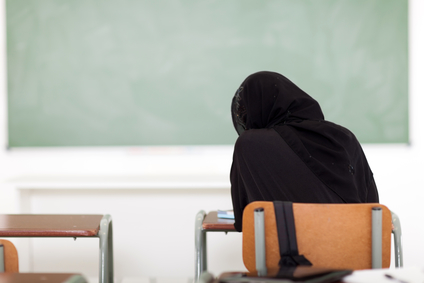 The Netherlands’ highest administrative court on Wednesday ordered the education ministry to fund a second Islamic high school in the Netherlands.

The Council of State ruled that junior education minister Sander Dekker must provide funding for the school, which the Amsterdam Islamic education foundation SIO wants to set up.

State-funded faith schools are sanctioned in the Netherlands under freedom of education rules, if they have sufficient pupils and meet the proper standards.

Dekker refused to allocate funding for the school last year, because a board member who has since left, is alleged to have shown support for IS on Facebook. ‘We cannot use taxpayers’ money to support a school where children learn to reject the Netherlands rather than become part of it,’ the minister said at the time.

The court ruled on Wednesday that the minister’s fear children may be exposed to pro-IS ideas were not properly grounded and that there is no reason to assume the school would not meet the conditions for state funding. The SIO has distanced itself from the comments as well as extremism and terrorism, the court said in its ruling.

Amsterdam city council initially refused to allocate a suitable location to the school after Dekker withdrew funding but has since set aside a piece of land in Sloterdijk after being ordered to do so by judges in 2015.

The SIO was given permission by the government to set up the school in 2011 and has to complete the process within six years, meaning the school should open for pupils this September. DutchNews.nl has contacted SIO for comment.

Meanwhile, Turkish organisation Millî Görüş has said it is working on plans to open the first Iman Hatip school in the Netherlands.

‘Our education arm was asked to open a Iman Hatip school and we have decided to work on this,’ the statement said. ‘Sign-ups and all other procedures will proceed via the website of the Turkish ministry of education.’

Iman Hatip schools are religious vocational schools and one of four types of secondary education offered in Turkey.

Turkish media first reported in 2012 that there were plans to set up Iman Hatip schools in the Netherlands. Turkish media have also reported on the new plan.

It is not clear if there is a connection between the Millî Görüş plans and the SIO school. DutchNews.nl has approached Millî Görüş for comment.