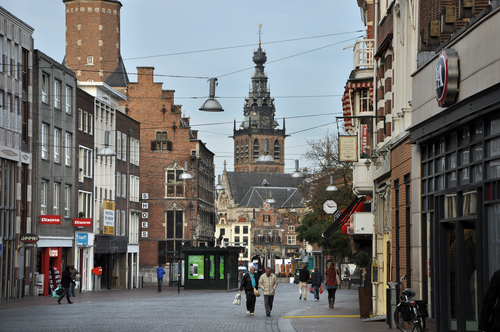 Hubert Bruls, mayor of Nijmegen, has accused the body responsible for placing asylum seekers of ‘pumping around’ those accused of criminal behaviour, reported Trouw on Tuesday evening.

Bruls wrote a letter to justice ministers, complaining about a ‘hard core’ of antisocial people, which he said the COA body was moving from one asylum centre to another.

On Wednesday morning, reports NOS, the CEO’s chairman Gerard Bakker was talking to Nijmegen’s mayor, on the issue of ‘intolerable’ criminal behaviour. But the body denied people were being pumped around the system, a spokesman reportedly saying instead: ‘We make sure we split up groups of asylum seekers who are causing nuisance.’

Last Friday the Telegraaf revealed police briefings about asylum seekers from ‘safe’ countries – with no chance of being granted residency – who were allegedly involved in the majority of suspected crime by asylum seekers in 2016.

But the Volkskrant parried that the rate of suspected crime amongst asylum seekers was higher than the Dutch average (at 2.4% compared with 1% in 2016), but lower than that of a similar demographic, Dutch men between 18 and 25 (3.8% that year).

On Tuesday, the Parool reported that Amsterdam is developing a high-security facility to rehouse people from other asylum centres who have behaved anti-socially.