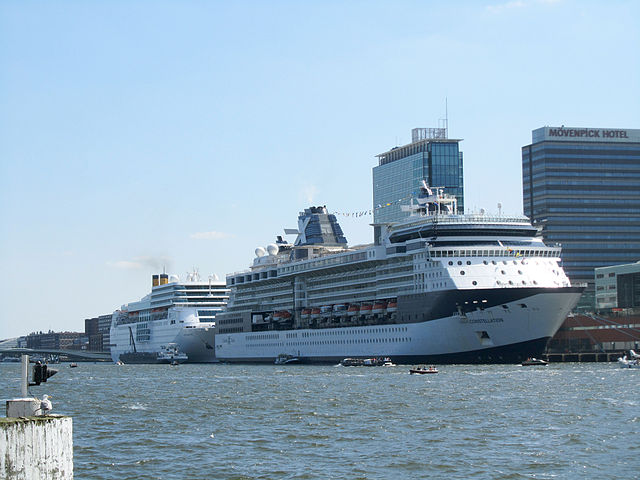 Passenger Terminal Amsterdam, the capital city’s cruise ship berth near the central railway station faces being moved out of the centre, the Financieele Dagblad said on Tuesday.

The council’s executive formally proposed the measure, first mooted by alderman Kasja Ollongren last November, on Tuesday and the full council will vote on the issue this summer. The relocation is part of a city plan to reduce the number of tourists in the centre of Amsterdam.

Moving the terminal will also make it easier to build the city’s first-ever fixed link to Amsterdam-Noord from the centre. Under current plans, a bridge for pedestrian and bicycle traffic is to be built near the western tip of Java island, near the cruise terminal.

PTA director René Kouwenberg is not pleased with the proposal and says the city must still come up with a suitable new location.

The city is considering four alternative sites for the PTA, none near the city centre. Passengers will have to be shuttled to the centre to visit tourist attractions.

In 2015, 143 cruise ships carrying 280,000 passengers, docked in Amsterdam, with passengers spending an estimated €100m during their short stay.