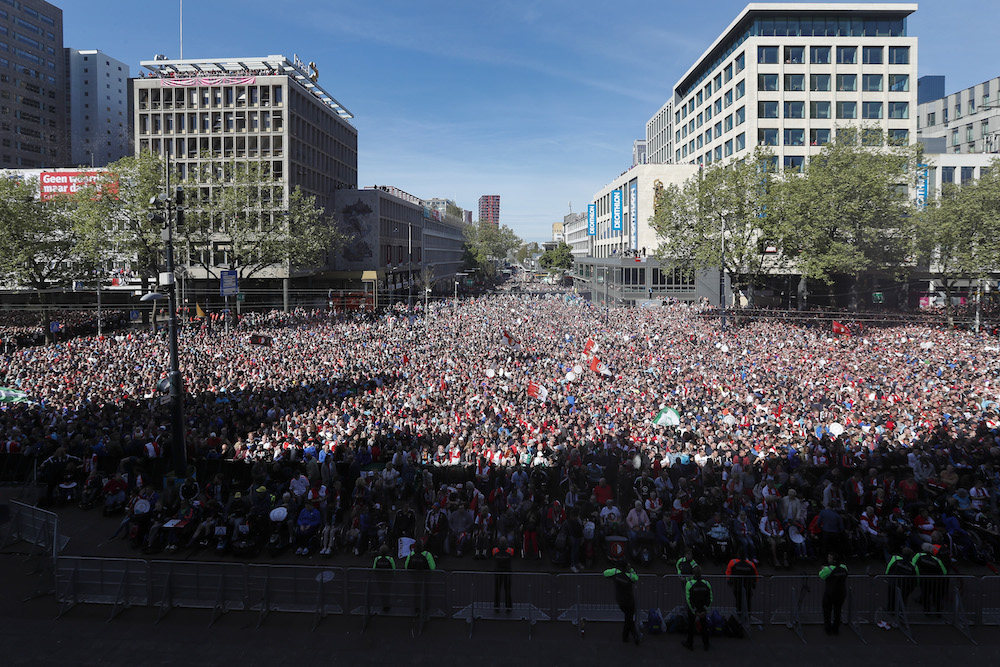 So many people packed into central Rotterdam to celebrate Feyenoord’s first league title in 18 years that police urged fans to stay at home.

The city council estimates some 140,000 people turned out to greet the team, who beat Heracles 3-1 at home on Sunday, thanks to a hat trick from Dirk Kuijt.

‘You’ve waited for this for 18 years and you never gave up,’ team captain Kuijt told the crowd from the balcony of city hall. Coach Giovanni van Bronckhorst said he was proud that ‘we can all celebrate as Rotterdammers together’ while singer Lee Towers let the massed crowds in singing ‘You’ll never walk alone’.

Rotterdam mayor Ahmed Aboutaleb described the atmosphere as ‘extremely happy’ and said the win is a gift to the entire city.

The Eredivisie title, the first for the club since 1999, gives Feyenoord direct entry into next season’s Champions League competition, which will bring in some €12m in television rights, plus up to a further €9m in the group stage.

Ajax, who ended the season just one point behind Feyenoord, will take part in the third qualification round of the Champions League competition in an effort to qualify for the group stage.