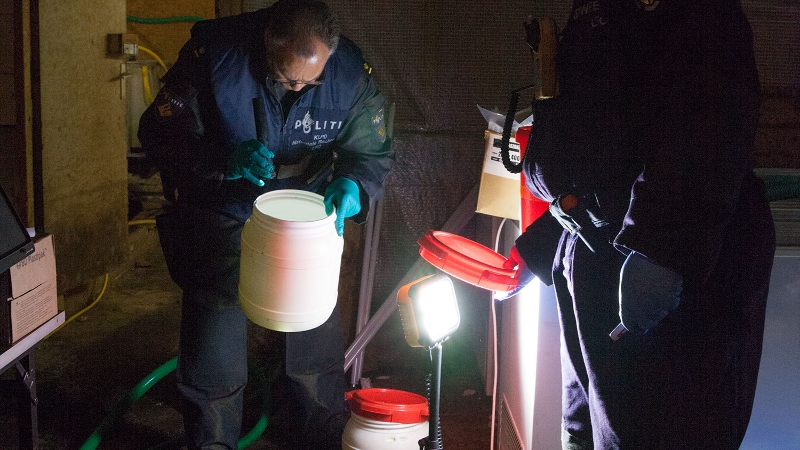 Police have found a large number of pills similar to drugs used by jihadis during a raid on a house in Brunssum, south Limburg. It is the first time this sort of pill has been found in a Dutch drugs lab, the Telegraaf reported.

Tens of thousands of pills bearing the ‘Catpagon’ stamp were found in the shed along with chemicals and equipment to make a further 300,000, the paper said.

The pills were a mixture of caffeine and amphetamine – which according to Forbes magazine are the main ingredients in fake Captagon, an amphetamine patented in 1962 with the chemical name fenethylline hydrochloride.

According to the police report, 20 kilos of MDMA, used in the production of Ecstasy, and 60 kilos of amphetamines were seized in the raid, along with three guns.

A 40-year-old man and his 39-year-old girlfriend were arrested in the raid which took place on April 5 but has only just been made public.

Police said they did not know if the amphetamines were destined for the Middle East but are looking into possible links.