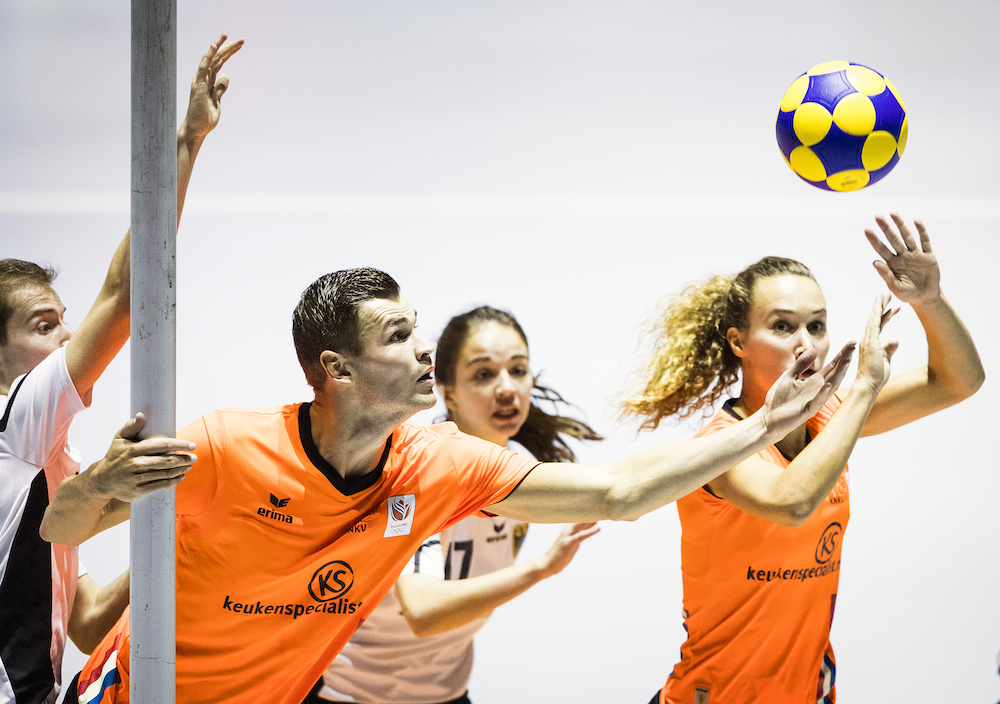 A popular Dutch sport which men and women play in mixed teams of eight is working on giving the game a ‘sexier image’, the Telegraaf said on Wednesday.

Korfball, invented by Amsterdam schoolteacher Nico Broekhuysen in 1902, is similar to netball and is one of the few sports that has men and women playing together in one team. The aim is to get the ball into the ‘korf’ or bottomless basket, which is mounted on a 3.5 meter high pole.

The sport is played in some 60 countries and while other sports clubs are facing a decline in membership, korfball membership in the Netherlands hovers around a stable 95,000.

Nevertheless, korfball association KNVK wants the sport to be more popular, both nationally and internationally. That is why the association is launching a campaign to rid the sport of its traditionally cheesy image. Between April 3 and April 16 members are invited to come up with ideas to make korfball more ‘sexy’.

One of the ways of making the sport more attractive is to raise its international status. The KNVK has been trying for the last four years to make korfball an Olympic sport.

‘One of the criteria is that at least six countries compete for the title,’ KNVK spokesman Rob Verleg told the paper. ‘The number of countries is increasing already thanks to the efforts of the KNVK.’