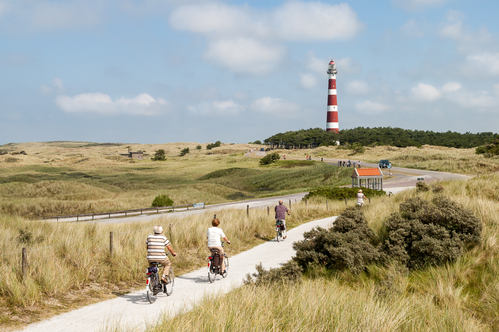 The Netherlands goes to the polls to elect a new government on March 15. Gordon Darroch is taking a close look at the five big issues dominating the campaign: healthcare, immigration, Europe, the elderly and housing.

The increase in the retirement age to 67 is one of the defining reforms of Mark Rutte’s seven years as prime minister. It has also been one of the least popular. Last year a survey of over-60s found that 44% were either angry or very angry about having to work longer.

The surge in support for 50Plus, which is leading the calls to return to the fixed retirement age of 65, is a product of this anger. Current polling suggests the pensioners’ rights party could win around eight seats in parliament.

The law specifies when workers become eligible for their old age pension, known as the AOW (algemene ouderdomswet). When a phased extension was first introduced in 2010, it was not scheduled to kick in for another decade, but as the banking crisis developed into a full-blown recession, the government speeded up the plan.

Since 2015 the AOW age has increased by three months a year, and from 2018 the rate will go up to four months, reaching 67 in 2021. After this point the age will continue to increase, based on a formula that links the retirement age to life expectancy (it will, however, never go back down).

It is expected to reach 67 and a half in 2023, while today’s school leavers are likely to have to carry on into their seventies.

As well as 50Plus, the PVV and the Socialists (SP) support restoring the retirement age of 65, while VNL wants to cap the increase at 67. Denk stops short of scrapping the increase but would phase it in over a longer period of time.

The VVD and D66 are among those who argue against returning to 65 because of the cost to the economy. Several other parties, such as Labour (PvdA) and the Animal Rights Party (PvdD) argue that the retirement age should be made more flexible, so that people in physically demanding jobs can still stop working at 65 or even earlier.

Their AOW payments would be adjusted upwards or downwards, so those who retire later will receive more per month. 50Plus and the VVD also support giving people more choice in when they retire.

Several parties are campaigning to raise the level of the basic AOW pension. As well as 50Plus, these include the SP, VNL and GroenLinks. The PVV say additional pension contributions should be index-linked so that they increase annually.

50Plus and GroenLinks would also reform the mechanism to ensure pensioners do not fall into poverty, while the SGP wants people to have the option of paying part of their mortgages or healthcare bills from their pension pot, to avoid falling into debt.

D66 calls for an overhaul of the system to reduce the dominance of the employers’ collective pension funds, in favour of personal pension plans. The two minor Christian parties ChristenUnie (CU) and SGP also favour personal pensions, as does VNL, which the CU wants to open up to self-employed workers (zzp’ers) as well as those working under contract.

The Christian Democrats (CDA) advocate a harder incentive for self-employed workers by requiring them to pay into a pension plan before they become eligible for income tax relief. Denk says financial incentives should be introduced to make individual pensions more attractive.

The main points of each party’s programme:

CDA – Make pension contributions compulsory for all employees, and tax relief for the self-employed conditional on taking out pension cover.

D66 – No change to retirement age, but a more flexible pension system with top-up contributions that allows people to retire earlier or later. Employers will lose the right to dismiss staff when they reach retirement age.

GroenLinks – raise AOW ‘considerably’, reform system to reduce inequality and give all pensioners a reasonable income. No loss of pension entitlement for carers (the so-called mantelzorgboete).

PvdA – flexible retirement age, with a higher AOW for those who work longer and smaller pensions for those who retire earlier. Increase AOW in line with wages.

50Plus – Restore retirement age of 65, increase basic pension and improve disposable income for pensioners. No loss of pension entitlement for carers.

PvdD – flexible retirement age based on years spent in work, with 65 as baseline. Over-60s who are unemployed should not be obliged to apply for jobs.

CU – retain current AOW structure and retirement age, but introduce personal pensions within the system so outsourced and self-employed workers can enjoy the same benefits.

Denk – Phase in the later retirement age more gradually and create financial incentives for people to take out private pensions.