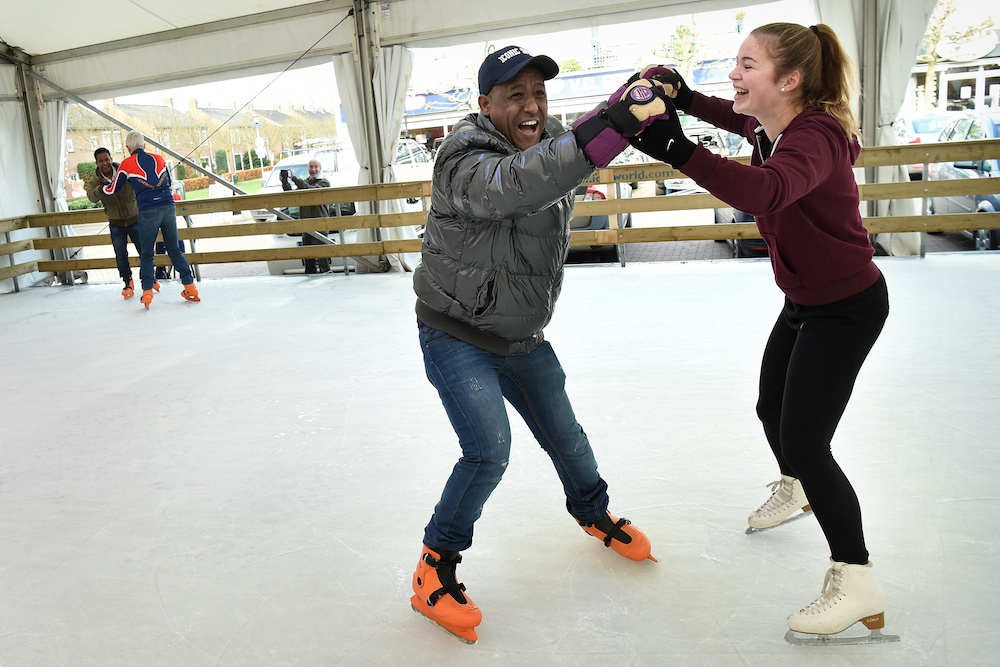 The Netherlands goes to the polls to elect a new government on March 15. DutchNews.nl is taking a close look at the five big issues dominating the campaign: healthcare, immigration, Europe, the elderly and housing.

No issue has generated as much noise and division in the Dutch election as immigration. The tension on the issue may have eased since the peak of the Syrian refugee crisis, when communities such as Geldermalsen had to abandon plans to build asylum accommodation centres in the face of heated and sometimes violent public protest.

But there remains a growing fear that society is becoming polarised and minorities are failing to integrate, either through lack of will or lack of opportunity. Almost all parties believe there is a problem, but the solutions they propose differ widely.

Unsurprisingly, the PVV makes immigration its flagship policy. Almost one-third of its one-page programme for government is taken up by its plans to ‘de-Islamise’ the Netherlands. Geert Wilders would not just prevent new mosques from being built, but close existing ones, along with Islamic schools, ban the Koran and outlaw headscarves for public officials.

Such policies go a long way to explaining why Wilders is almost certain to be locked out of the next government, but they have left their mark on more mainstream parties.

The VVD has hardened its stance on both asylum and immigration: last week the party said it wanted to toughen up the criteria for admitting new migrants, who will now have to prove they can speak Dutch and have found a job (paid or unpaid) in order to pass their integration test. The party also wants to extend the time period before new residents can apply for a Dutch passport from five years to 10.

This measure is also proposed by 50Plus, which wants migrants to obtain ‘proof of good behaviour’ from the local council before they can become citizens. The Christian Democrats (CDA) favour a carrot-and-stick approach: better access to language classes and measures to tackle discrimination, but migrants who refuse to take part in integrations should lose their right to stay in the country.

Other parties on the right want to restrict migration either by making it harder for failed asylum seekers to appeal and restricting the right to family reunion (SGP) or introducing an Australian-style system which only admits migrants who are needed for the economy (VNL).

The VVD, SGP and 50Plus are among several parties that call for asylum seekers to be housed in neighbouring countries rather than travel to Europe. The VVD argues this will counter the power of human traffickers who prey on migrants trying to cross the Mediterranean.

Many parties say Europe’s external borders should be better policed to stop economic migrants coming in. This includes the likes of PvdA and D66, who argue that economic migration undermines public support for genuine refugees. PvdA leader Lodewijk Asscher has made his ‘participation contract’, which new arrivals would have to sign or risk a fine, a cornerstone of his integration policy.

Language classes are one of the issues that splits the parties. While the VVD argues that providing language tuition acts as a pull factor, D66, the ChristenUnie (CU) and GreenLeft all say they is key to helping new migrants settle quickly and should be available from day one. D66 and the CU would also lower the barriers that prevent asylum seekers working or volunteering. Denk also supports allowing asylum seekers to work or study earlier.

GroenLinks, the pro-animal PvdD and the Socialist Party (SP) all advocate increasing spending on development aid to stabilise war-torn regions and stem the flow of refugees at the source. By contrast, the PVV would cut the development budget altogether.

The status of children is another issue that several parties raise in their manifestos: GroenLinks and the PvdA want judges to be able to consider their situations separately rather than automatically tie their cases to their parents.

One issue on which just about all parties agree is that the asylum procedure should be speeded up, either to ensure that rejected asylum seekers are sent home quickly, or to remove the uncertainty for those who are allowed to stay and let them get on with building their new lives. The CU says that anyone who has been waiting for a year to be sent home, but is unable to leave for reasons beyond their control, should be given permission to stay.

At the opposite pole from the PVV is Denk, which rejects the whole notion of integration in favour of ‘acceptance’ of migrants within the community. The migrants’ rights party would also train 1,000 police officers to specialise in handing racist incidents and keep specific records of racism and discrimination.

PVV – No more asylum seekers, close all refugee centres and revoke all permits to stay in the country. No immigration from Muslim countries, close all mosques and Islamic schools and ban the Koran. Outlaw ‘expressions of Islam that conflict with public order’, introduce preventive detention for ‘radical Muslims’ and remove Dutch nationality from criminals with dual passports.

D66 – Focus on selection of refugees on Europe’s borders to deter economic migrants; give asylum seekers language lessons from day 1 and reduce barriers to work to speed up integration.

CDA – Revoke permission to stay for migrants who refuse to take part in citizenship programmes; offer more language lessons through volunteers and public broadcasters; tackle discrimination in education and the jobs market.

GroenLinks – More protection for children seeking asylum and those persecuted for their sexual identity. Improve language tuition and give asylum seekers language lessons from day 1. Tackle causes of war and poverty with peacekeeping missions and development aid. Improve conditions for animals in ritual slaughterhouses.

PvdA – Speed up asylum cases to ensure those whose claims receive support sooner while the rest are sent home. Size of asylum centres should be appropriate for the local community. Better protection for children in the asylum system, such as considering their applications separately from their parents.

50Plus – Distribute asylum seekers around Europe based on population density. More checks at Dutch border and security on European borders. Migrants eligible for Dutch passports after 10 years, depending on language skills and a ‘good behaviour’ certificate from the council. Tougher penalties for people smugglers. Extra police officers to detect and tackle radicalisation.

PvdD – Increase international development aid budget to 1% of national income. Improve conditions in refugee camps in war-torn regions and raise financial contribution to UNHCR. Work within EU to ensure all countries take in a fair share of asylum seekers. All asylum applications in Netherlands to be processed within two years.

Denk – Create a Ministry for Reciprocal Acceptance and monitor how migrants are accepted in the community rather than setting targets for integration. Set up a register to record racist incidents and set diversity quotas for women and minorities. Retrain 1000 police officers to focus on racism and discrimination. Speed up asylum procedure and allow refugees to work and study sooner.

VNL – Strict ‘Australian-style’ migration policy so only those who contribute to the economy are allowed in. Close mosques where violence is preached. Accommodate asylum seekers outside the Netherlands.