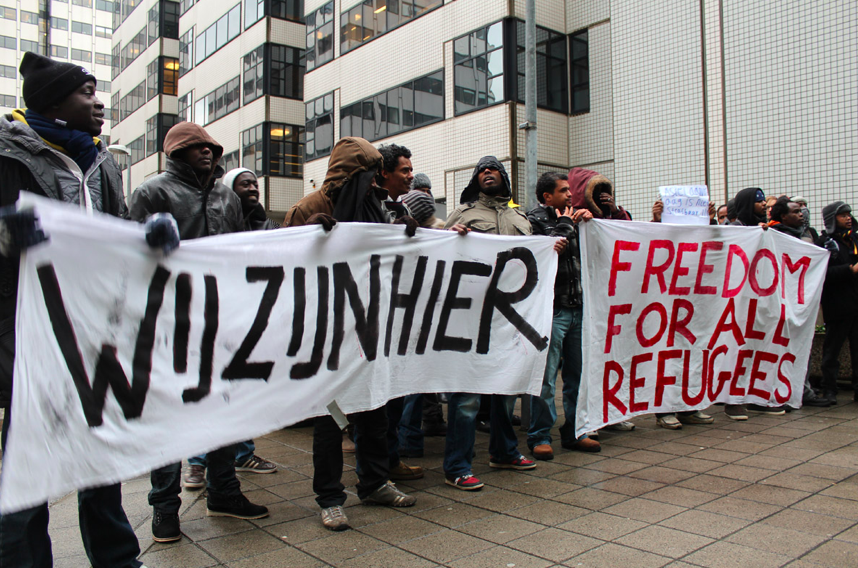 Amnesty International has again criticised the Netherlands for locking up undocumented migrants and for ethnic profiling by the police.

In its 2016 annual report, the human rights group says the Dutch government has still not adequately considered alternatives to detention for people who are in the Netherlands without the proper permits.

It points out that new laws before parliament will allow officials to hold migrants in cells for at least 16 hours a day and that the Netherlands remains unwilling to give all undocumented migrants access to shelter and other basic necessities.

People considered illegal immigrants by the Netherlands who do not cooperate with being deported can be evicted onto the streets. Around 100 are thought to be living in squats in Amsterdam.

The Amnesty report also criticised officials for failing to tackle ethnic profiling by the police, which it says remains a serious concern. The police continued to refuse to systematically monitor and record stop and search operations, making it difficult to assess if measures to combat ethnic profiling are having an impact, the report said.

In addition, the report attacked the government’s draft legislation which will revoke the Dutch nationality of dual citizens if they pose a risk to national security and impose travel bans on people who may pose a future terrorist risk. ‘The provisions to appeal against the imposition of the measures lacks effective safeguards,’ Amnesty said.

The lack of safeguards is also a major objection to the new ‘sweeping surveillance powers’ for the intelligence and security services, the organisation said.