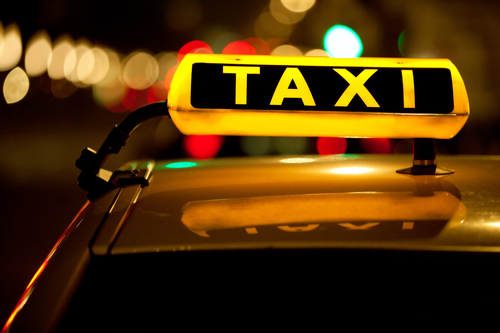 Taxi cab sign on top of the vehicle at nighttime

Taxi touts who try to get tourists to take expensive unlicenced taxis at Schiphol airport face a fine of €350 if caught from next week, Haarlemmermeer town council has decided.

The council has introduced bylaws banning touts from operating at the airport for six months. ‘The fine can mount up to €1,500 and ultimately, a judge can order their cars can be confiscated or ban them from the area altogether,’ the council said.

For months, there has been a standoff at Schiphol, with certain taxi firms licensed by the airport to pick up passengers but others legally plying for work in the public plaza.

In October, British singer Skin from the band Skunk Anansie criticised the airport for allowing travellers to be ‘harassed’ by touts wearing ‘official taxi’ high-visibility vests.

‘It is wrong that people who come to the Netherlands from all over the world are hassled by touts as a first impression,’ Haarlemmermeer council said.

Other tourists have reported being charged hundreds of euros for a trip to Amsterdam, which normally costs around €50.

Schiphol airport and junior infrastructure minister Sharon Dijksma have also called the situation ‘untenable’. The change to the bylaws is only temporary and a permanent solution will require changes to the taxi laws.