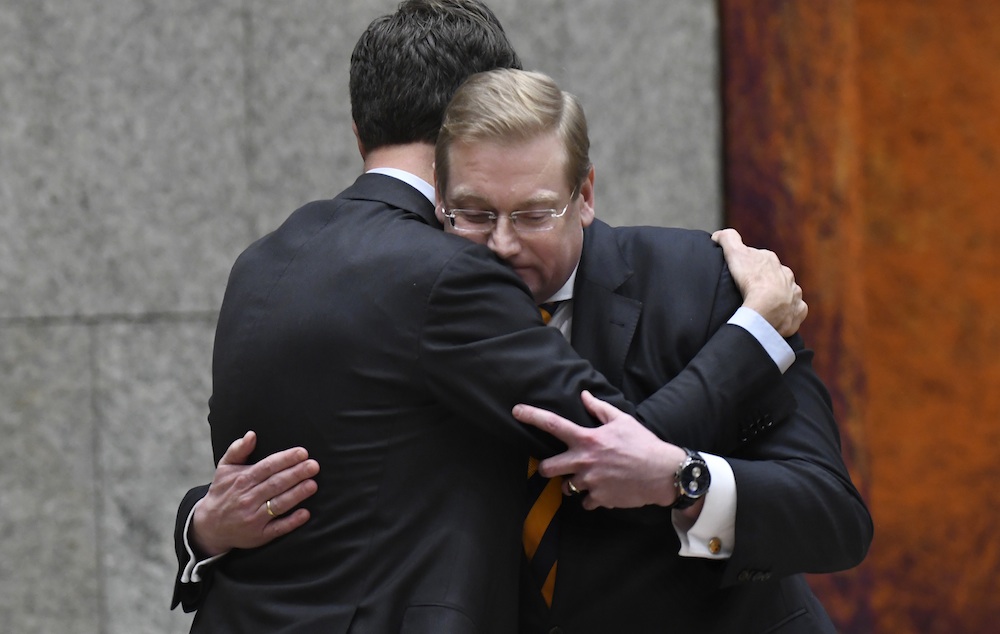 Justice minister Ard van der Steur has resigned over claims that he misled parliament about an agreement between the public prosecution department and a convicted drugs dealer.

The minister stood down after failing to convince MPs that he had not misled them about his role in informing parliament about the deal which allowed Cees H to escape jail.

Earlier this week a television programme claimed the minister failed to pass on important information about the deal to parliament.

Journalist Bas Haan claimed in a new book that Van der Steur kept quiet about parts of the deal while both an MP and a minister. Haan bases his assertion on an email sent by Van der Steur in March 2015.

The deal was struck between public prosecutor Fred Teeven and Cees  H in 2000. The agreement between Teeven, who went on to become junior justice minister, and Cees H, involved a 4.7 million guilder payment to H, which was never disclosed to the tax office. The deal also allowed H to escape prison.

Teeven and his boss Ivo Opstelten both resigned because of the scandal in March 2015 and were replaced by Van der Steur and Klaas Dijkhoff. It later transpired both new ministers were closely involved in determining how the cabinet should deal with the fall out from media revelations about the deal.

Haan alleges Van der Steur was involved in scrapping some answers Opstelten was preparing to give parliament about the deal. He cites parts of a document in which Van der Steur writes ‘this will cause trouble, make changes’ and ‘remove, invites discussion’.

He also removed all sections referring to money, Haan says. Later and now as minister, Van der Steur kept quiet about these changes during debates in parliament, Haan alleges.

In a reaction, Van der Steur said he had passed all his emails to the special commission which investigated the scandal.

During Thursday’s debate, the minister came under heavy fire from opposition MPs who said he had failed to come clean about his role in the way parliament had been briefed on the deal.