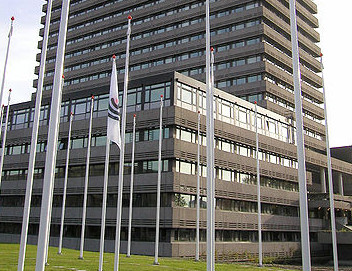 The Dutch Supreme Court has ruled that the Dutch courts cannot intervene in problems at the European Patent Office in Rijswijk because the organisation enjoys immunity as an international organisation.

The patent office approves patents for all 38 countries which are members and has a workforce of 7,000 spread between the Netherlands, Germany, Austria and Belgium.

Staff union Suepo, which claims to represent around half the workforce but has not been officially recognised, has been embroiled in a long-running battle with patent office president Benoit Battistelli.

Last year, three officials were sacked and three others downgraded and the union has repeatedly criticised Battistelli’s authoritarian management style, the NRC reported.

At the beginning of 2015, The Hague appeal court ruled that the patent office could not limit the right to strike and block emails from union officials and said the union should be recognised.

The patent office appealed to the Supreme Court, with the support of the Dutch state, which has now found in its favour. The court said staff at the bureau are properly protected by internal procedures and can also appeal to the International Labour Organisation in Geneva.

Lawyer Liesbeth Zegveld told the NRC before today’s ruling that the only option now open is to sue the Dutch state. ‘Union rights are being infringed on Dutch soil,’ she said. ‘Has the state done enough to prevent this? The answer is no.’