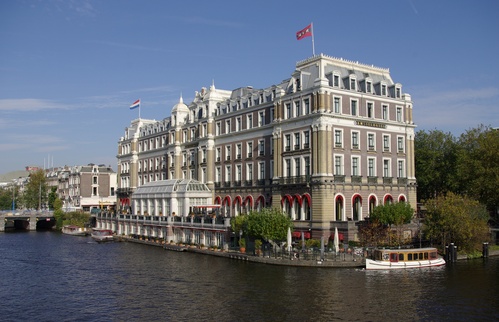 Dozens of restaurants in Amsterdam have the same description in this year’s Michelin guide as they did in the 2016 edition, including one which lost its star, according to the Volkskrant.

The loss of the star came as a complete surprise to restaurant La Rive at  Amsterdam’s Amstel Hotel but general manager Anita Bos was even more surprised when she noticed that the restaurant’s description had remained exactly the same, the paper said.

This is at least ‘remarkable’ according to Bos, who said she will be seeking an explanation from Michelin representatives in a meeting later in the week.

According to the Volkskrant, La Rive is not an isolated case. Comparing the 2016 and 2017 editions the paper found that descriptions of 58 out of 67 restaurants in Amsterdam had remained unchanged. Only nine descriptions had been slightly adapted. The 2015 guide showed another overlap: 42 out of 53 descriptions had been the same for two years.

The new boss at Michelin Benelux, Werner Loens, refused to tell the paper how many inspectors are presently employed but commented that to take away a star and leave the description unchanged had been ‘a slip-up’. He said the decision to remove the star from La Rive was taken at a late stage by which time it had been too late to adapt the text.

Loens went on to say that another reason descriptions don’t change much is the fact that the guide employs one person to translate the texts for the Michelin website in seven languages. ‘It’s simply too much work,’ the paper quotes him as saying.

Chef Jasper Videler of Jaspers in Amsterdam told the paper the Michelin guide still mentions a ‘signature dish’ that he took off the menu five years ago.

Loens said inspectors visit each establishment at least once every 18 months and in 80% of visits this includes actually having a meal. Restaurants that are thought to be flagging are monitored more closely, he said.