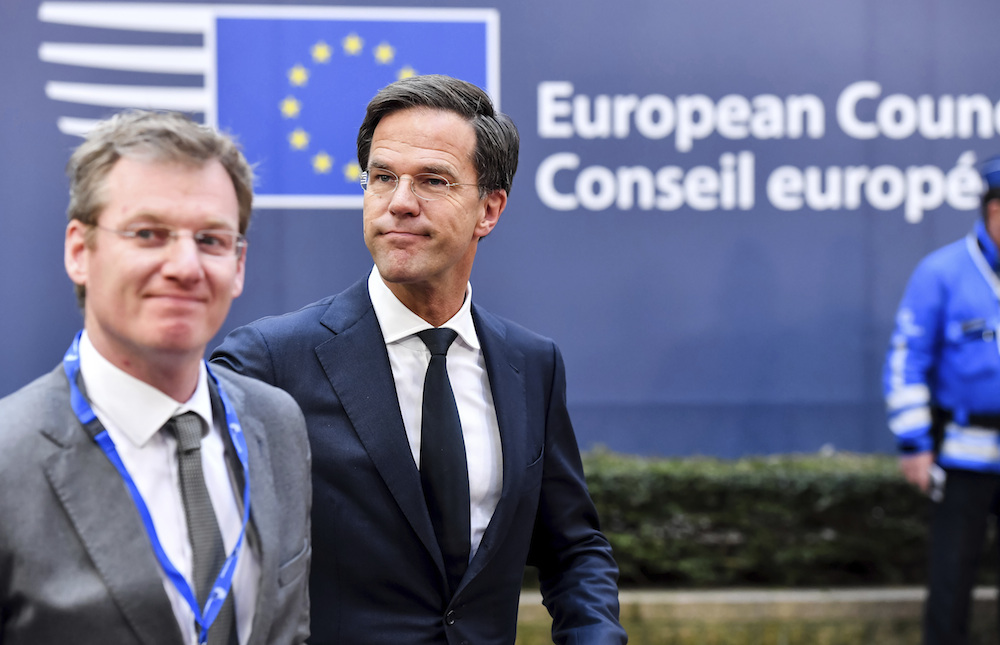 Dutch prime minister Mark Rutte has won the support of the 27 other European leaders for a supplementary to the Ukraine treaty which makes it clear what the agreement actually entails.

This, he hopes, will enable the Dutch parliament to ratify the treaty, despite the April referendum in which 61% voted against ratification. Even though the referendum was advisory, MPs have said justice must be done to the outcome.

After weeks of work behind the scenes, the final declaration was agreed within an hour at the Brussels summit on Thursday evening with no more changes to the text, the NRC said on Friday.

The government’s efforts must now be approved by the Dutch parliament. Rutte faces a difficult time to win acceptance for the declaration in the upper house of parliament, where the government does not have a majority.

Key will be the Christian Democrats, who say the results of the referendum must be respected. According to the NRC, Rutte has pinned his hopes on a number of CDA senators putting geopolitical considerations ahead of party discipline.

According to the supplementary declaration, the treaty of association with Ukraine aims to provide for a ‘close and consistent relationship with Ukraine’ without it being seen as a precursor to EU membership.

It also states the treaty offers no ‘collective security guarantee’, gives Ukrainians no rights to travel and work freely in Europe and says no more EU money will be sent to Ukraine.

Rutte said he had ‘no illusions’ that people will still say the Netherlands should reject the treaty. ‘But I do not think I can ditch my responsibilities,’ Rutte said, adding that it is key for Europe to present a united front against Russia’s destabilising foreign policy.

By not ratifying the treaty, the Netherlands would be ‘giving Putin a present’, Rutte is quoted as saying in the NRC.

The referendum organisers dismissed the new deal as pointless and ignoring the wishes of voters. ‘61% of the Dutch who voted said “no”,’ Jan Roos, of the GeenPeil group who now leads splinter party VNL said. ‘They did not say that they wanted the treaty to be changed in some places’.