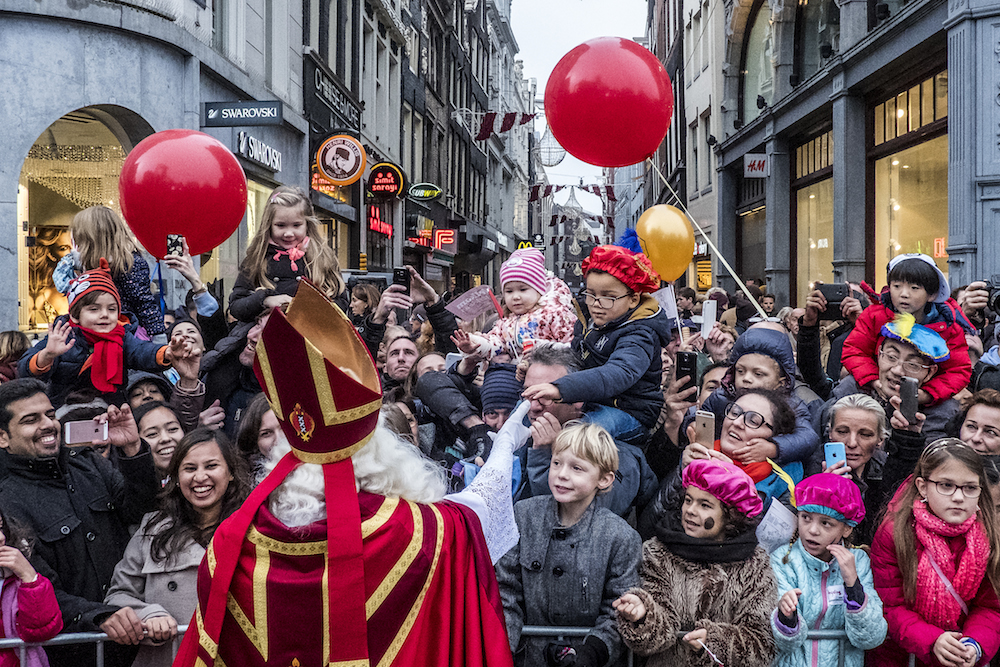 Sinterklaas parades took place all over the Netherlands at the weekend following the official ‘arrival’ of the saint in Maassluis on Saturday, three weeks ahead of the December 5 festivities.

In Rotterdam, nearly 200 anti-Zwarte Piet protestors were arrested on Saturday but elsewhere there was little or no trouble between the pro and anti Piet camps, Dutch media reported

All but one of the people arrested in Rotterdam on Saturday, have since been released. They were picked up for ignoring a ban on demonstrations.

Those arrested included known activist Jerry Afriyie, Amsterdam city councillor Simion Blom and lawyer Michiel Pestman, who described the arrests as ‘scandalous’. The person who remains in custody was arrested for trying to shove a reporter for populist tv programme Powned under a car, police said.

In total, some 20,000 parents and children came to Maassluis to welcome Sinkterklaas, who was accompanied by Piets in both blackface and sooty make-up. Although this was some 5,000 fewer than the organisers had hoped, ‘the arrival went extremely well,’ the town’s mayor Edo Haan told reporters.

The mayor had invoked his emergency powers to allow passersby to be stopped and searched in an effort to avoid trouble between pro and anti Piet campaigners. Security was tight and the area where the procession took place was sealed off to all but parents and children.

One man was arrested after he was found to be carrying a knife. The man, a Polish national, was later released and police said the knife was part of his tool kit.

A number of military police officers in blackface make-up were part of the parade. They were forced to remove a message on Twitter showing the undercover officers an a pastiche of a Sinterklaas poem.

Tens of thousands of people turned out to watch Sinterklaas in Amsterdam where he was accompanied by sooty faced Piets only.