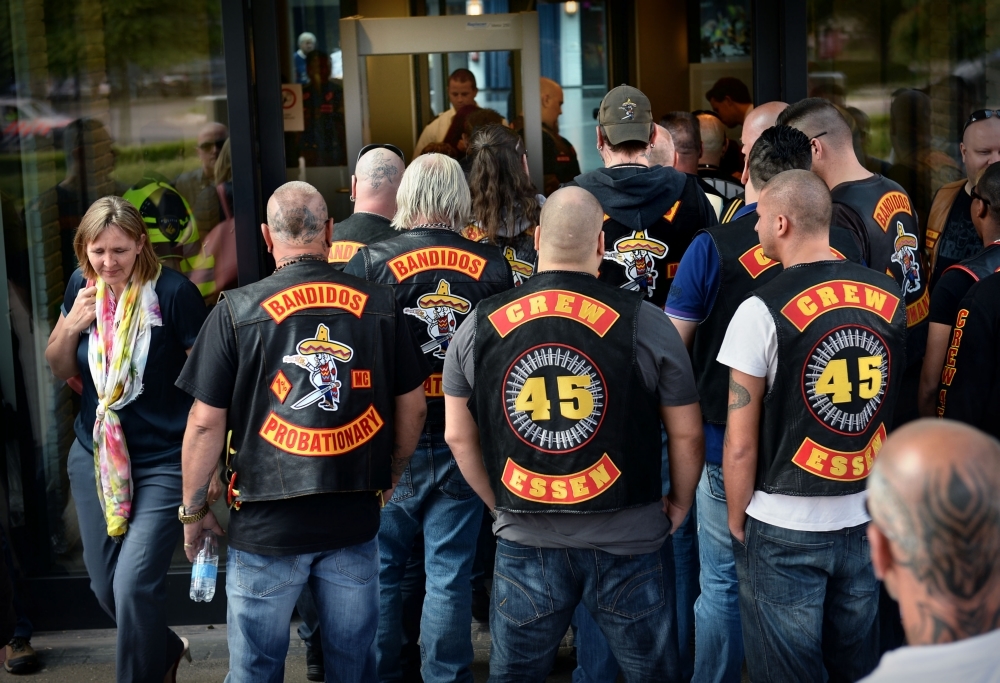 Members of the gang outside a court in 2014. Photo: Marcel van den Bergh/HH

The public prosecution department is making yet another effort to have a motorbike gang banned, saying the organisation is a threat to public order.

Having failed several times to win a ban in the criminal courts, the department is now attempting to have the Bandidos biker gang ruled illegal in civil law. If successful, the department hopes to extend the ban to other motorbike clubs, the Telegraaf reported.

‘We have been using the criminal justice system to combat biker gangs for some time, but that approach has limits,’ spokesman Oebele Brouwer told the paper. ‘You can only tackle individual members. But by using civil law we can ban the entire organisation.’

The department says the arrival of the Bandidos in the Netherlands in 2014 has led to an increase in violent attacks, fights and shooting incidents.

‘Members are involved in trading drugs and weapons, intimidation and blackmail,’ said Brouwer. ‘In addition, its rivalry with other clubs leads to fights and a threat to public order and safety.’

The public prosecution department made several efforts to ban biker gangs between 2007 and 2009 by arguing they were criminal organisations. However, every court case failed.