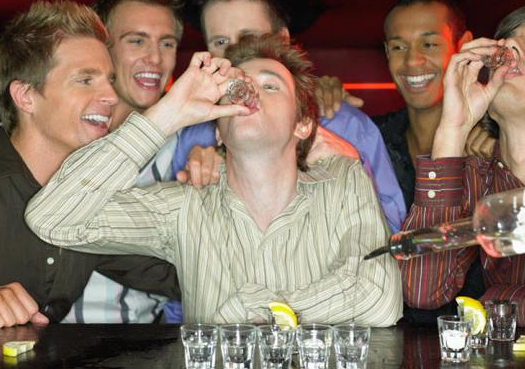 Publicity campaigns and increasing the legal drinking age from 16 to 18 has had no impact on teenage drinking rates, according to new research addiction institute Trimbos.

Some 14% of 16 to 18-year-olds claim to knock back more than 20 drinks at the weekend and parents are still far too lax about supplying their teenagers with alcohol, the researchers said.

Eight out of 10 students said they drank alcohol and seven in 10 had done so in the previous month. One in five boys claimed to drink more than 20 units on weekends, compared with fewer than one in 10 girls.

Teenagers aged 16 and 17 can be fined up to €90 if caught possessing of drinking alcohol since January 2014.

‘Parents find it difficult to ban their 16-year-olds from drinking,’ Mireille de Visser, from the teen alcohol unit Alcoholpoli told the broadcaster. ‘Even worse, they buy the poison for their children and hand it out. And they do that in the belief that they are keeping an eye on things.’

In addition, group pressure plays a role, she said. The drinks industry, she says, does all it can to stimulate alcohol consumption. ‘It is one big PR machine,’ she said. ‘Without beer, its not a party.’

Last year over 930 Dutch teenagers ended up in hospital because they had drunk too much alcohol, a rise of nearly 20% on 2014. And the number with acute alcohol poisoning was up 27% on the previous year, figures collated by paediatrician Nico van der Lely show.

The Trimbos report, which was drawn up for the health ministry, also looked at teenagers’ use of tobacco and drugs. It found one in five smoke cigarettes on a daily basis, 14% had smoked cannabis in the previous month and 11% had used ecstasy at some point.