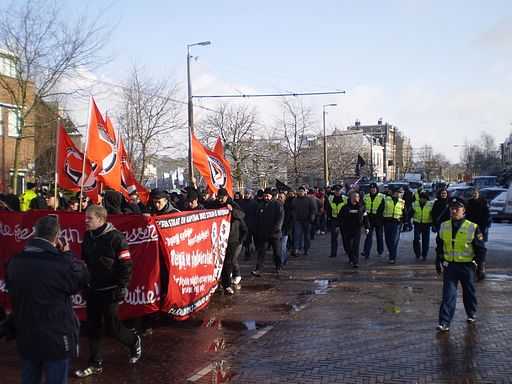 An NVU rally in 2010. Photo: Apdency via Wikimedia Commons

The history teacher, who was not named, had done two periods of work experience at the school before being given a contract this summer. However, he was sacked before formally starting work after pupils commented on his extreme-right sympathies.

According to Tubantia, he had attended a court hearing focusing on a prominent NVU member and had expressed strong anti-police and anti-squatter sentiments as well as making racist comments.

The man had gone to court in an effort to get his job back but his claim for reinstatement was rejected. Judges ruled that his opinions broke the boundaries of respectful behaviour and could cause friction at the school.

The college said on Tuesday it would now tighten up the screening process for new recruits. According to Tubantia, school officials were aware of his neo-nazi tendencies before appointing him to a permanent job.