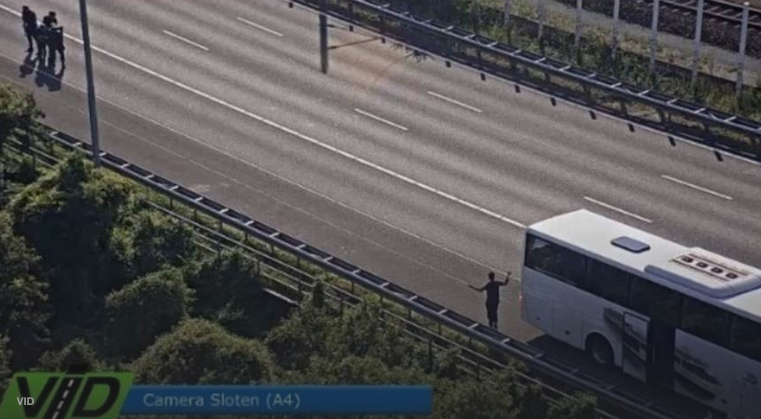 The 41-year-old man who caused a security scare on a bus taking holidaymakers to Schiphol airport on Monday has been released from jail but may still face charges, police said.

The man was on the bus which was replacing train services to the airport when he made a comment about the bus blowing up. One passenger overheard him and told the driver who warned the police.

The incident led to the A4 motorway being closed for almost two hours while police searched the bus and arrested the man.

He has since apologised to the other passengers and says he deeply regrets his actions.