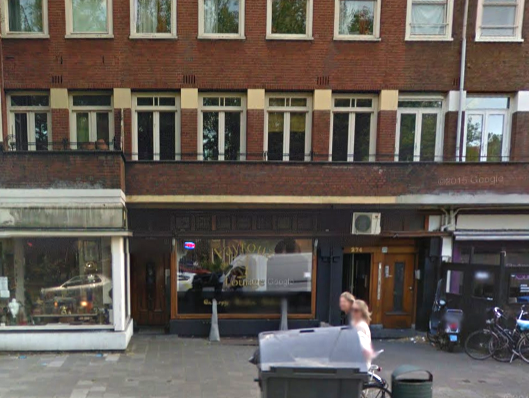 The Fayrouz cafe, where the head was found. Photo: Google Streetview

The burnt-out car where a headless body was found in March belonged to Utrecht police, reports the Telegraaf.

The severed head of 23-year-old Nabil Amzieb, from Amsterdam, was left outside a water pipe café in what was apparently a gang-related killing earlier this year.

But now a police spokeswoman has revealed that the Caddy car where his body was found a day earlier on March 8th actually belonged to the force. The Telegraaf describes this as ‘blatant provocation towards the police.’

The vehicle had been used for surveillance operations by Utrecht police but had been stolen. Sources said that it would have been clear it was a cop car as surveillance material was visible through the windows.

‘Whether the Caddy was accidentally or deliberately stolen is being investigated,’ said spokeswoman Marjolein Koek of Amsterdam police. It had last been seen on February 18th in Utrecht.

The killing provoked shock in the Netherlands and headlines around the world.