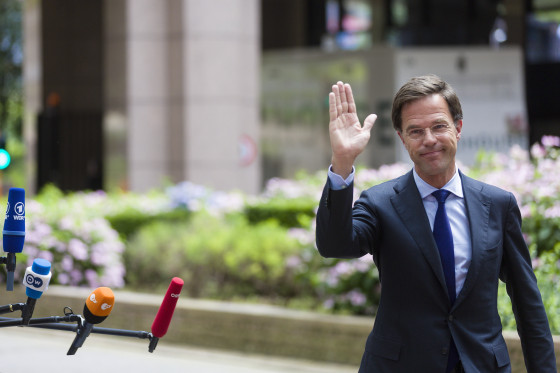 Prime minister Mark Rutte has raised the issue of amending the EU’s treaty of association with Ukraine with European officials following the Dutch no vote in April’s referendum.

Rutte is hoping the treaty can be amended to take away objections raised by people who voted against the treaty, broadcaster NOS said. Some 32% of the Dutch population voted in the referendum and 61% said no, meaning the government is forced to take its results into account.

The NOS said Rutte has been given ‘time’ by other European leaders to decide what should be done with the results of the referendum.

‘The problem is that if we don’t sign, the other countries will press ahead and the Netherlands will be left out. But signing, without taking the Dutch no into account will be very tricky,’ he said.

‘We are going to try, but if it does not work, we will not sign,’ Rutte is quoted as saying by the broadcaster.

The Volkskrant says that a confidential report on Tuesday’s meeting shows that Rutte has said he is prepared to sign the deal if Dutch concerns can be taken account of in a legally-binding way.