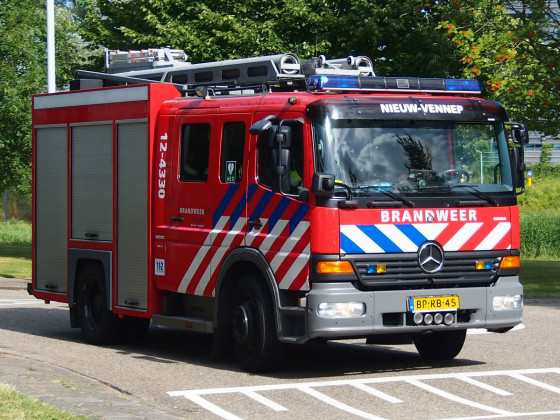 Dutch firefighters will only respond to emergency calls on Monday in protest at plans to raise the retirement age.

Non-urgent incidents such as flooded cellars and cats stuck in trees will have to wait until Tuesday. The FNV union warned that further action was likely over the summer unless municipalities agreed to hold talks.

Firefighters say the plan to raise the retirement age to 62 is inappropriate because of the physical and dangerous nature of the job. At the moment firefighters can stop work between 55 and 59, depending on how many years they have been in service.

Bert de Haas of the FNV told BNR radio: ‘We don’t have the sense that the Association of Dutch Municipalities wants to listen to our proposals. If they are open to them we might be able to get back round the table.’

Eight of the 25 regional fire services are taking part in the action, including the four largest cities Amsterdam, Rotterdam, The Hague and Utrecht.