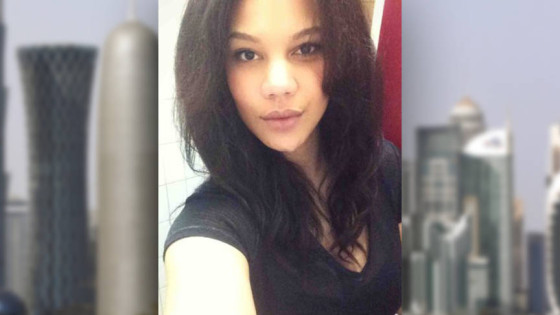 A Dutch woman who was arrested in Qatar after reporting she was raped has been found guilty of having sex outside marriage and public drunkenness.

Laura, 22, from Utrecht, was given a suspended one-year jail sentence by a court in Qatar on Monday, NOS reported. She has been in custody since March 14, when she went to the authorities to file a complaint of rape.

Her mother told the AD she was delighted by the news. ‘She’s been convicted, but she’s coming home,’ she said. ‘I don’t know exactly how or when she’s coming back, but I’m so relieved.’

The man Laura accused of raping her, named as Omar Abdullah Al-Hassan, a Syrian national, was also found guilty of sexual activity outside marriage and drinking alcohol. The court sentenced him to 140 lashes. He was not charged with rape.

He claimed the sex was consensual but there was an argument afterwards which prompted Laura to contact the authorities.

The court fined the Dutch woman €750 and told her she would not have to serve her sentence as long as she did not commit any further offences in Qatar for three years.

MPs voiced concern about the case over the weekend, particularly the claim that the embassy had taken three weeks to send somebody to visit Laura in jail.

On Monday family lawyer Brian Lokollo said she was now receiving consular support. ‘We’ve achieved our goal: we have generated attention for her case and we have put the issue on the political agenda,’ he said.

Laura said the attack happened following a night out at the Crystal Lounge in the Doha Hotel, a popular hangout with foreign tourists where alcohol is permitted. She claims she was drugged and raped and woke up in a strange apartment. She had flashbacks of leaving the hotel in a taxi with an Arab man, Lokollo said.

On Monday it emerged Laura had travelled to Qatar in secret with a friend, named as Lisa, who admitted being a prostitute after she was identified on sex sites. Laura’s mother told AD: ‘I finally got her on the phone and asked her: “What do you do for a living?” When I pressed her she said: “I’m a prostitute”. If that’s true it’s not good for Laura.’