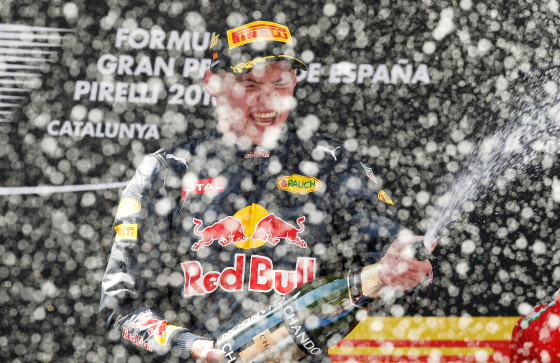 Dutch teenager and Formula One racing driver Max Verstappen won the Spanish Grand Prix on Sunday, just a week after moving up to the Red Bull senior team.

According to the BBC Verstappen, who is 18, ‘did not put a wheel wrong’ in winning his first race. ‘To win in the first race is such an amazing feeling,’ Verstappen told the broadcaster. ‘My dad helped me a lot to achieve this, this is amazing.’

Verstappen’s father Jos drove for Benetton, Stewart and Arrows between 1994 and 2003.

The victory means Verstappen is the youngest Grand Prix winner in history. The win came after Mercedes’ Nico Rosberg and Lewis Hamilton collided on the first lap.

According to El País, Verstappen was totally equal to the pressure he was under. ‘The final part of the race was spectacular, a demonstration of power, of a winning mentality, and a determination to not buckle in the face of what [Ferrari’s Kimi] Raikkonen could throw at him,’ the paper said.

‘The Finn made life difficult for him, threatening him, intimidating him, trying to make him slip up. But Verstappen kept his cool.’